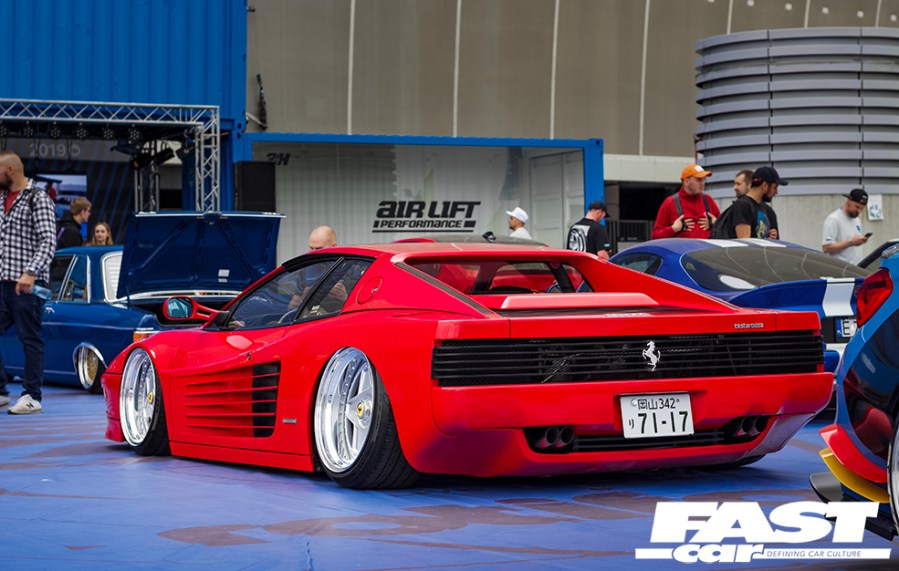 That’s right, Raceism is a car show based in the beautiful city of Wroclaw, Poland. There’s no discrimination here just a celebration of epic car culture. Being one of the biggest car shows in Europe, Raceism attracts the best cars and drivers from across the globe, and we really do mean that: in front of the main stage sat Kazuki Ohashi’s bagged Testarossa – the car that took the Internet by storm. What a privilege it was to witness this thing in the flesh!

Now in its ninth year, Raceism works off the basis of inviting the best 1000 cars from across Europe and Asia to be displayed in the grounds of Wroclaw Stadion (Stadium). Of the 1000 hand-picked cars, only 16 are selected for Best in Show – and believe us, that’s an almost impossible job to judge!

The show runs from Thursday through to Sunday, although Thursday is mainly for set-up and for the press. The Friday is relatively relaxed and proved to be the calm before the storm – as thousands of showgoers swamp the event over the weekend.

Looking around for the first time, one thing is clear from the outset, the builds that headline this event can go toe-to-toe with the likes seen at SEMA and Players Classic. And we don’t have to tell you that is fine company to keep.

It was a blistering hot weekend, only enhanced by the plumes of tyre smoke bellowing into the atmosphere from the insane drift cars.

Raceism really has become one of the must attend events in the show calendar; the organisers pride themselves on picking the finest cars from across the globe and we’ve gotta say, we think they’ve nailed it! See you next year Wroclaw. We can’t wait!