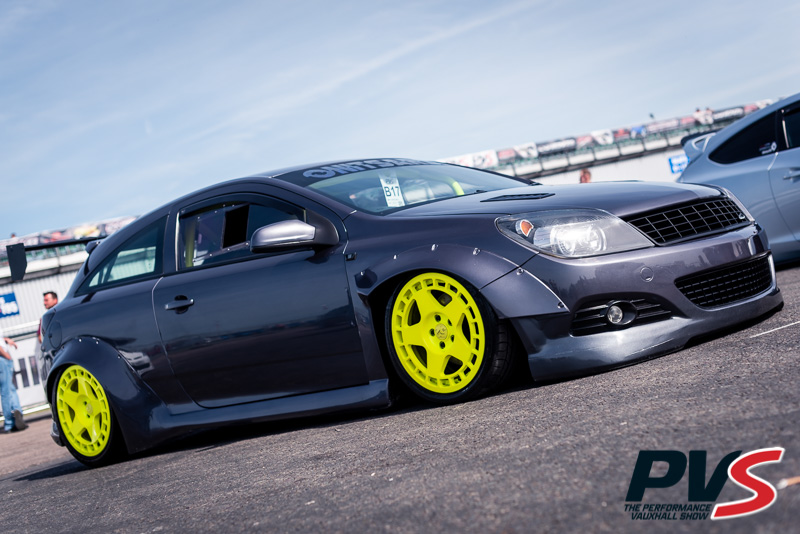 Want to see over 370 photos of the best cars, action and more from the Performance Vauxhall Show 2018? Well, you’re in the right place!

The sound of big-power Corsas and screaming Astra VXRs can only mean one thing – Performance Vauxhall Show 2018 was at Northamptonshire’s legendary Santa Pod drag strip.

Thousands of enthusiasts joined us for this year’s Performance Vauxhall Show with the whole site bathed in scorching sunshine throughout the day – perfect weather for record breaking quarter mile times and fantastic for those who just wanted to wander round and take in the sights, sounds and smells of the UK’s premier Vauxhall show.

Vauxhalls were on display from showroom standard to wildly modified, with Vauxhall clubs attending from across the UK with some spectacular displays, making it difficult to choose a winner in the hotly contested club stand awards! The award for the Best Club Stand eventually went to the VX Enthusiasts and Best Club One Model went to Astra Owners Network.

Of course the Performance Vauxhall Show wouldn’t be complete without the Santa Pod ¼ mile Strip and visitors took advantage of the glorious weather to take their own cars out on the strip in RWYB or simply sit on the banks and watch the days action including the Drag Demos, Ten of the Best and the Jet Car!

PVS isn’t just about straight-up quarter-mile blasts and show stands, there’s also the ever popular Show and Shine competition which was won by Keiran Johns with his stunning Corsa and the RaceWars Shoot Out with the Z20let Lovers which was won by Dan Robson with a combined score of 70.7, with Matthew Buckman and Chirs Pittham coming in second and third.