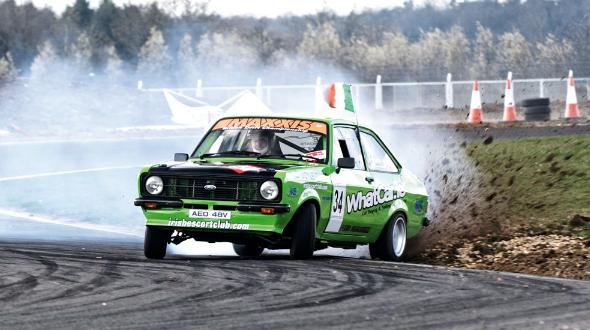 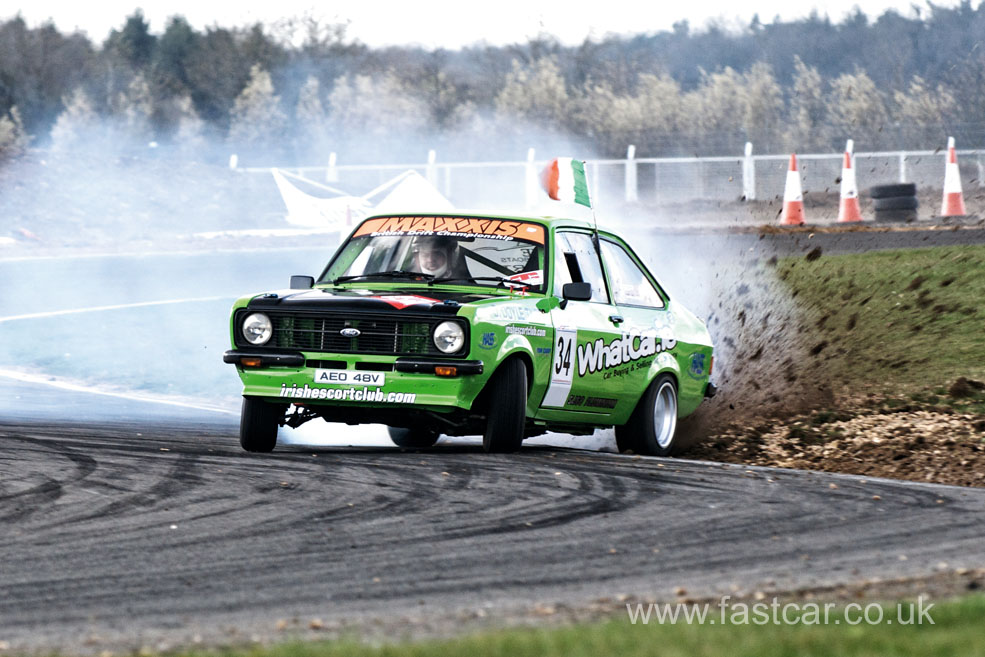 With massive RWD power being the key element of drifting, it’s no surprise the BDC series is dominated by crazy bhp Jap cars. In the Super pro class though there’s one man mixing it up with the big boys in the most unlikely weapon; a Mk.2 Ford Escort! Step forward Declan Munnelly, commonly known as the ‘mad Irish guy in the Escort’! 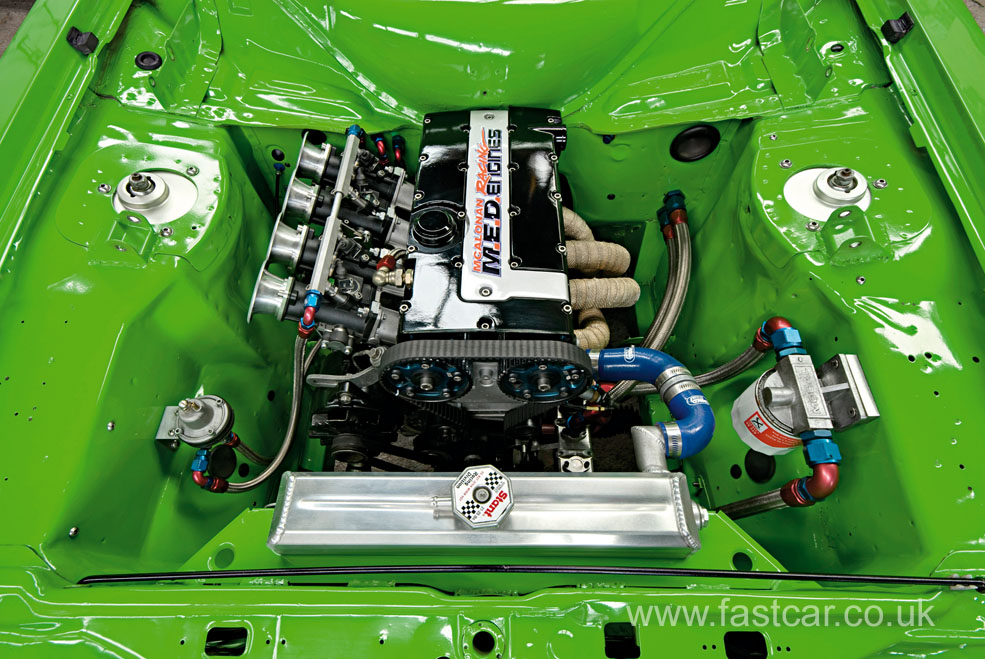 Don’t be fooled by his ‘old car’ though. It may resemble a 1970s family saloon but underneath it’s a beast. The shell has been fully stripped and rebuilt by Declan himself, including the substantial weld-in roll cage. Under the bonnet lies a Vauxhall XE lump but it’s been bored out to 2.3 litres with uprated internals. 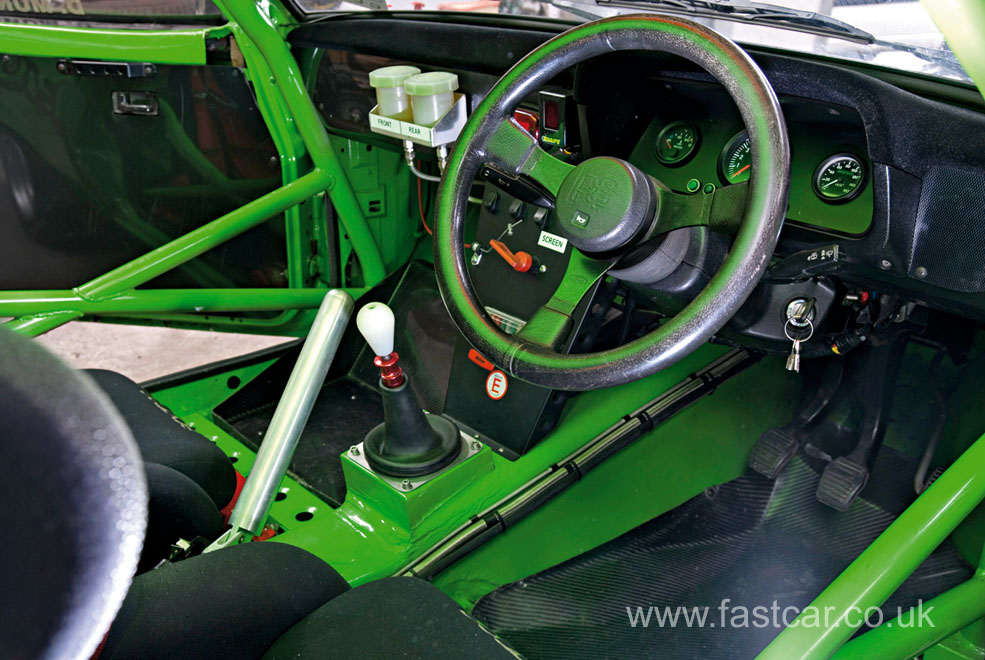 Unlike the Jap cars, you won’t find a massive turbo in here though. Instead, a lovely set of Jenvey throttle bodies have been bolted on running MBE management while transmission goodies include a Quaife 6-speed sequential and Tran-x LSD. 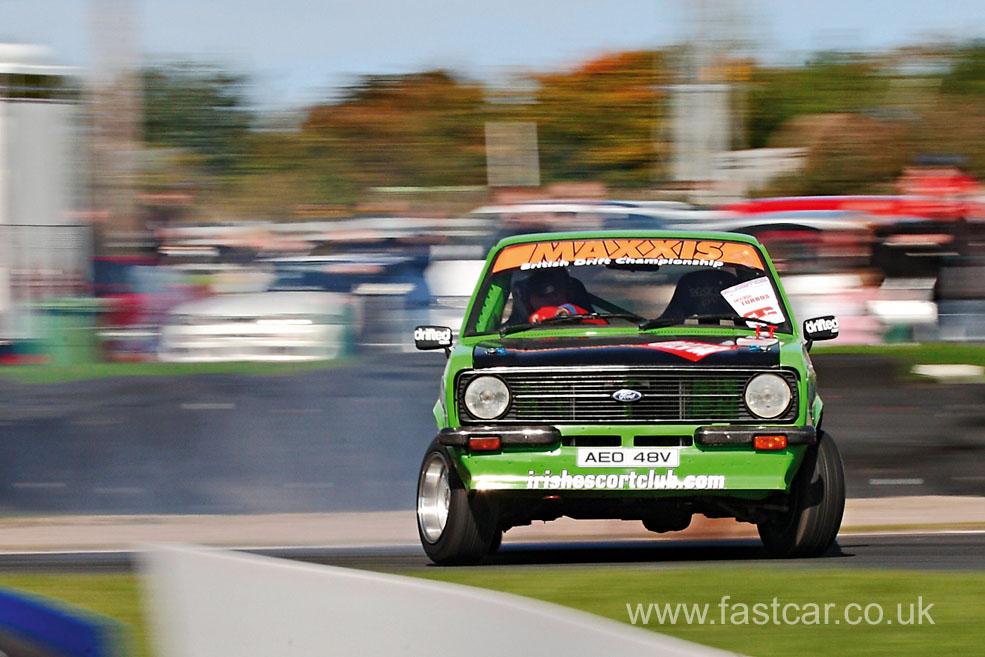 Clearly, this Mk.2 is something special, but compared to the spec lists of the other pro cars it’s much more basic and less tailored for drifting. That means it all comes down to the man behind the wheel; the extremely likeable and outrageously talented Mr Munnelly. 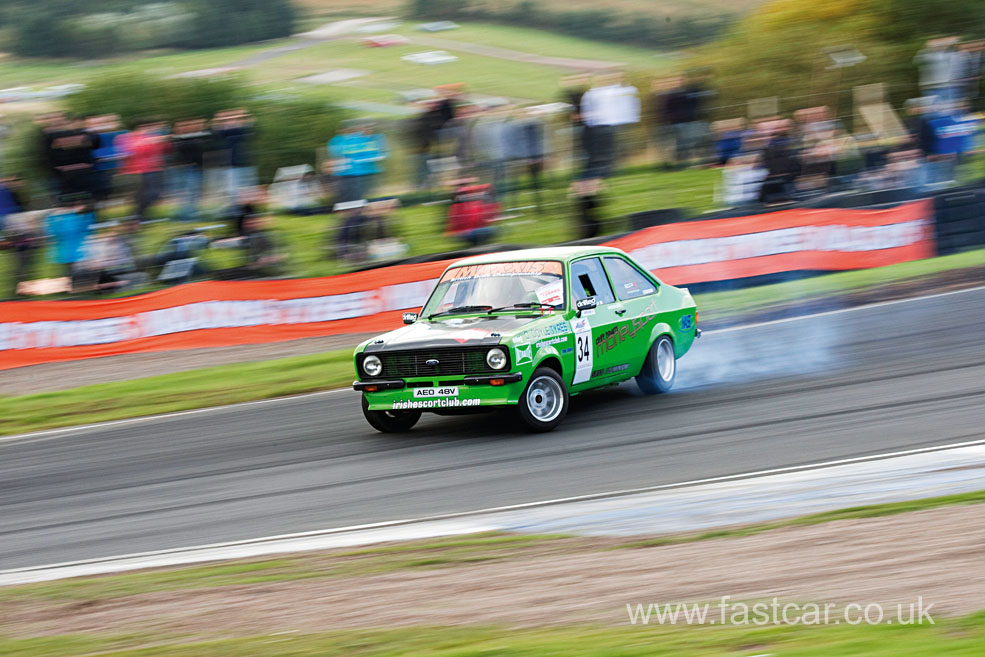 Declan travels all the way from the Irish west coast to take part in the championship and anyone who has attended the BDC, will testify to his sublime skills on track. He gets massive support too as the sight of smoking monster Jap cars being matched and bettered by a tiny old Escort is something to behold. Awesome. 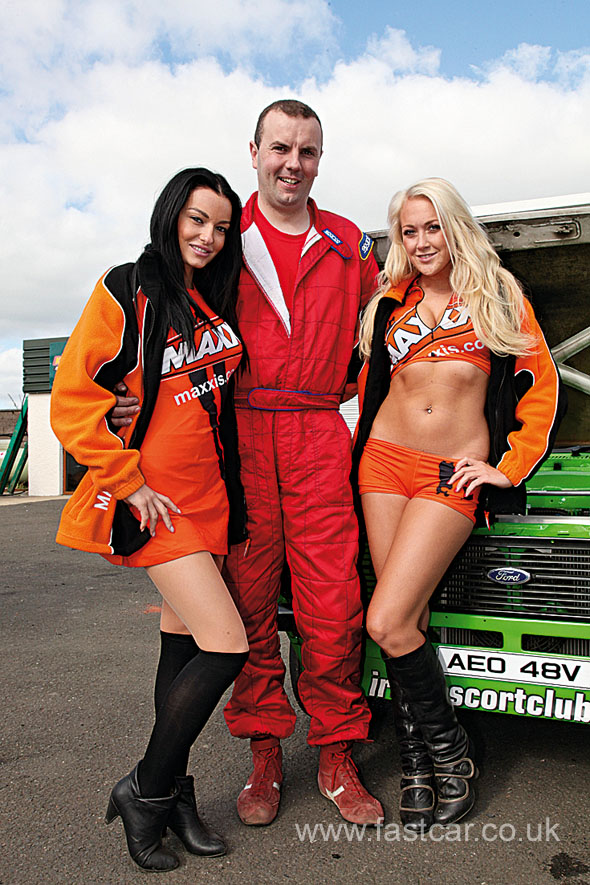