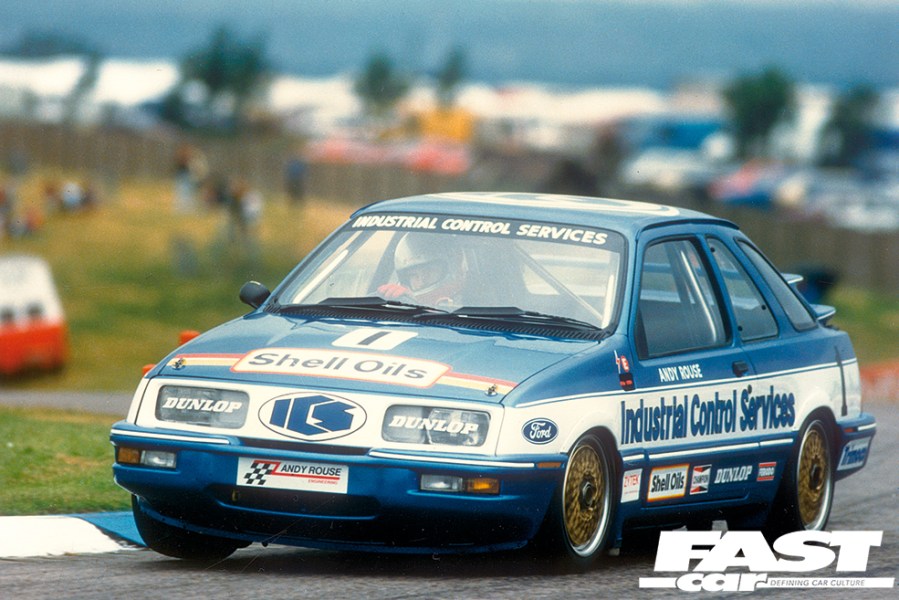 What was initially a stop-gap car for Ford Motorsport while the RS500 was developed actually became a surprise success. We take a look at the Merkur XR4Ti…

In many ways, you could call the Merkur XR4Ti of the ’80s the ‘Sierra-that-wasn’t’. Although it used the same body style as the XR4i, it had a turbocharged Ford USA four-cylinder, was built by Karmann in Germany, and was marketed as a ‘Merkur’ (Merkur means ‘Mercury’ in German).

The engine was a single OHC 2.3-litre, closely related to the European Pinto, as used in the Mustang SHO of the period. Sold principally in the USA (but never in the UK), it was built from 1984 to 1988 – and a total of 45,748 machines were eventually produced. 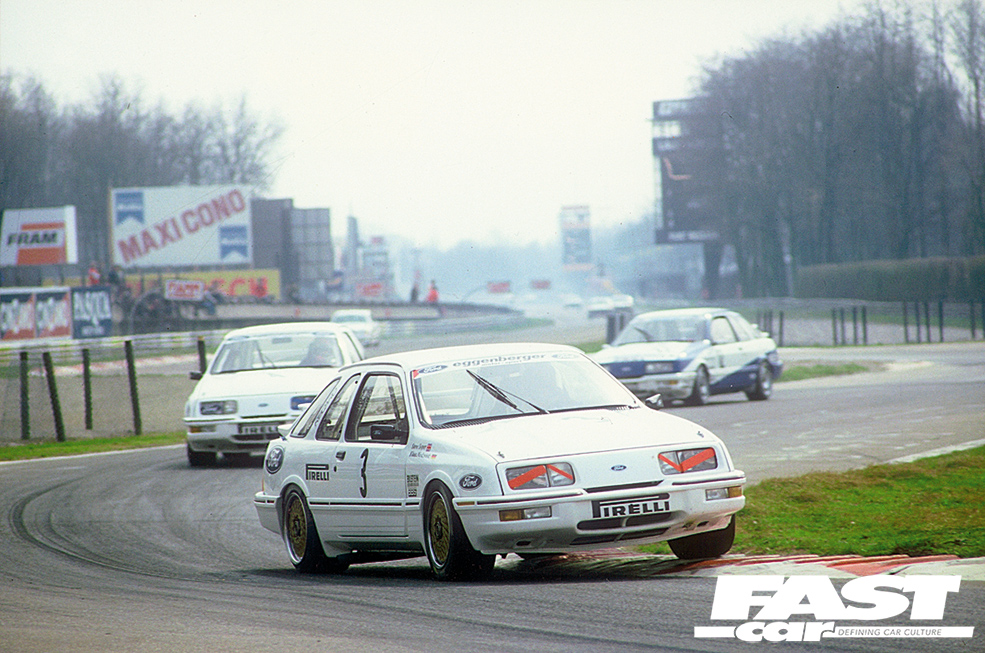 When Stuart Turner returned to run Ford’s European motorsport programme in 1983, he needed to develop a new Group A race car, and was soon persuaded that the answer could be a very special version of the Sierra, which we now know as the RS500 Cosworth.

In the meantime, he contracted teams like Eggenberger and Andy Rouse to develop an interim race car based on the XR4Ti, for the chassis could be shared with the still-to-come RS500, and the engine was already known to be raceworthy in North America.

There wasn’t time to produce a special car, so the twin-rear wing, three-side-window style was retained. It proved to be remarkably effective, though not as aerodynamically efficient as the Cosworth-engined cars which would follow. 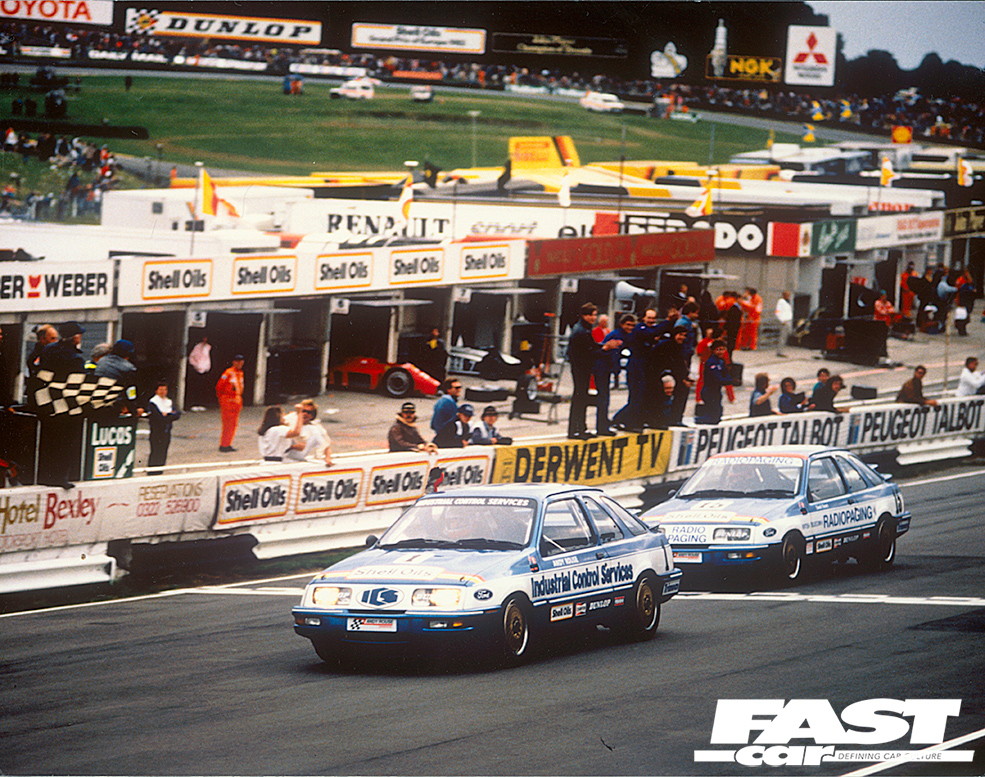 Group A homologation was gained on 1 April 1985, with Andy Rouse picking up his first BTCC outright victory five days later, at Oulton Park.

By this time the engines produced about 320bhp. Rouse went on to win nine BTCC races in 1985, and (this time with two cars in his team) added five more victories in the 1986 season.

Eggenberger of Switzerland appeared with XR4Tis in 1986, and claimed one outright victory, at Jarama in Spain. Then came 1987, and the RS500 – which is another story altogether…