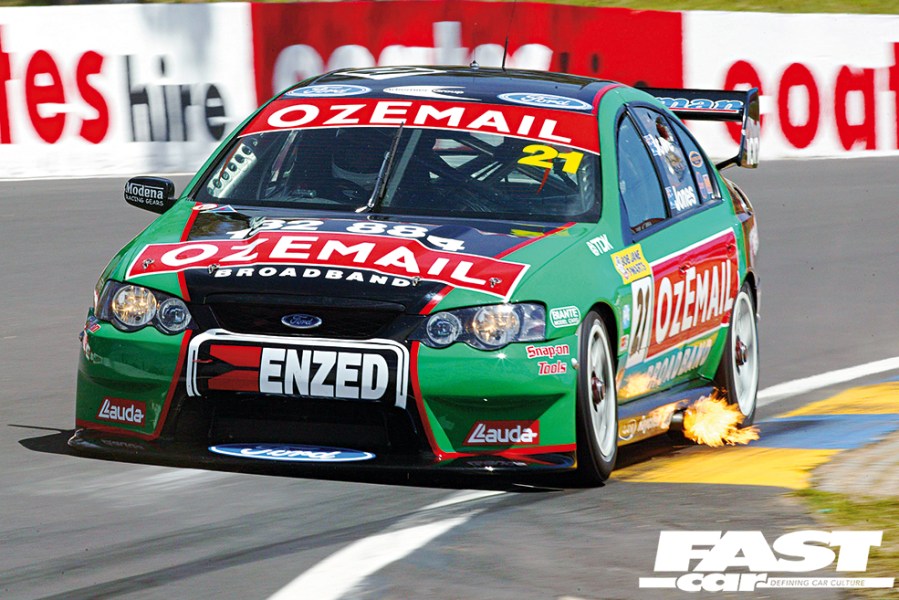 Australia isn’t the first place you think of when it comes to motor racing, but when it comes to touring-cars, it has brought us some of the most legendary machines, drivers, and indeed races, ever. One of them is the Bathurst 1000 race at Mount Panorama.

This 1000km (620-mile) event has been held annually since the early ‘60s as part of the top Australian touring car championship. Known as ‘The Great Race,’ it has a huge following compared to any other touring car race in the world. This is not surprising when you consider that it has featured legendary battles such as big-power R32 GT-R Nissan Skylines and Ford Sierra RS500 Cosworths side-by-side hitting almost 200mph down the main straight in the early-‘90s races.

As an example of the crowd entertainment they deliberately factor in to these races, all the current cars have to run a spool (welded) diff for exciting handling, and their wild 650bhp V8 engines are deliberately mapped to cause exhaust flames on the over- run – those are our kind of rules!

Australians are known for their laid-back attitude to everything, and that’s very evident at the Bathurst 1000, with a big party atmosphere and surprisingly relaxed driving.
A quick search on YouTube will find videos of drivers doing live TV interviews while wearing a pair of shades and doing 190mph down the main straight!

The Mount Panorama circuit itself is a big part of why the race is so special to watch. It’s a four-mile- long track with 23 bends, the huge Conrod Straight, and a serious one- in-six gradient at some points – one of the steepest on any racetrack in the world.

The Bathurst 1000 is a race that keeps a healthy element of fun in professional motorsport, and if you check out some of the countless videos on the internet from previous events, we’re sure you will agree. It’s just a shame it’s on the other side of the world.