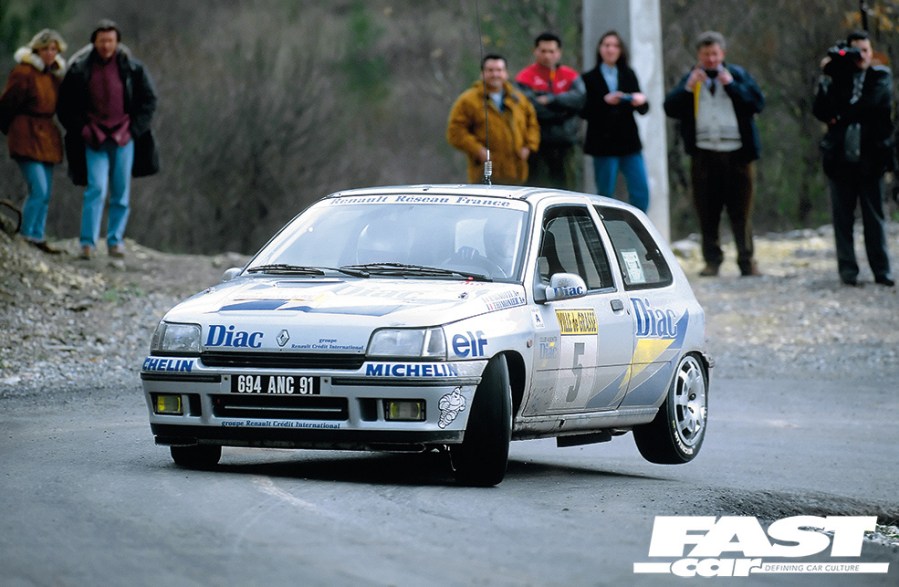 Should anyone ever tell you that front-wheel- drive hot hatches are all well and good starting out, but that big-power rear-wheel drive is what you should really be aiming for, sit them down in front of a computer and type ‘rally Jean Ragnotti Clio Williams’ into YouTube and you’ll be treated to one of the finest demonstrations of pure car control we’ve ever seen. Or just take a look at the video at the bottom of this page.

Jean Ragnotti could handle a lairy rear-wheel drive powerslide just as well as any 1980s rally driver, and he first rose to fame behind the wheel of the amazing Renault 5 Turbo in that decade, but it was only when he switched to a naturally aspirated, front-wheel drive Clio in the early ’90s that his true genius began to shine through.

Ragnotti’s driving style consisted of violently unsettling the car at the entry to a corner, chucking it in to a massive slide, and then dealing expertly with the consequences on the way out. He drove front-wheel drive machinery like no-one else and seemed to spend at least half his time on three (or even two) wheels. This neck-wringing, seat-of-the-pants style meant he was as popular with French rally nuts as Colin McRae was in the UK, but as he was pretty much a tarmac specialist, he never really made a big impact in the World Championship and remains a bit of an unsung hero these days.

Renault recognised his achievements in 2002 with a special ‘Ragnotti Edition’ of the 2.0ltr 16v Renaultsport Clio, which boasted additional suspension tweaks and 80kg of lightening over the standard Renaultsport model. It had a limited production of 300 cars and they were sold exclusively in France.

It was a fitting tribute to a man who proved you don’t need masses of horsepower, a huge turbo and rear-wheel drive to put on a spectacular show – a perfect expression of the philosophy behind all great hot hatches.