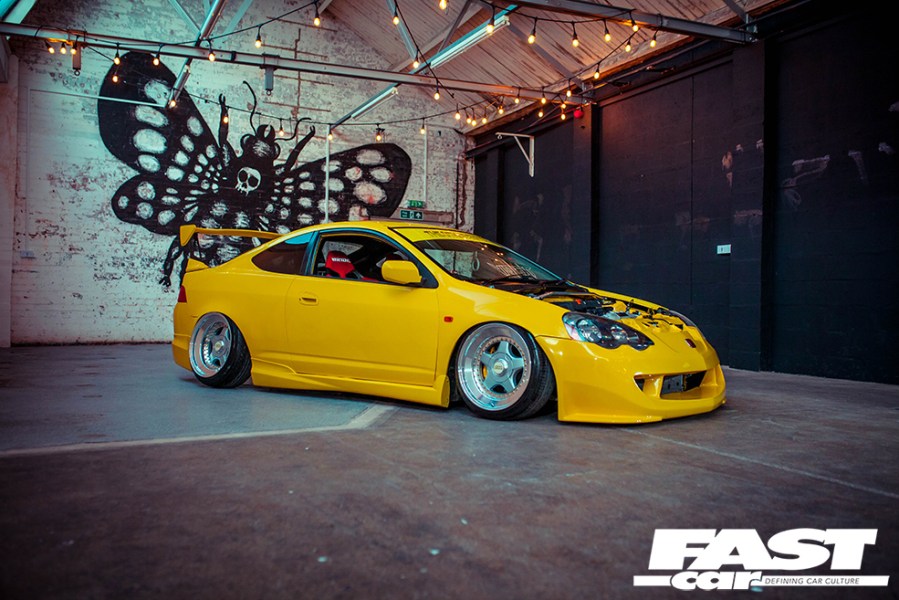 It might have a Frankenstein heart, but this bagged and modified Honda Integra Type R DC5 shares very little else with the infamous monster… 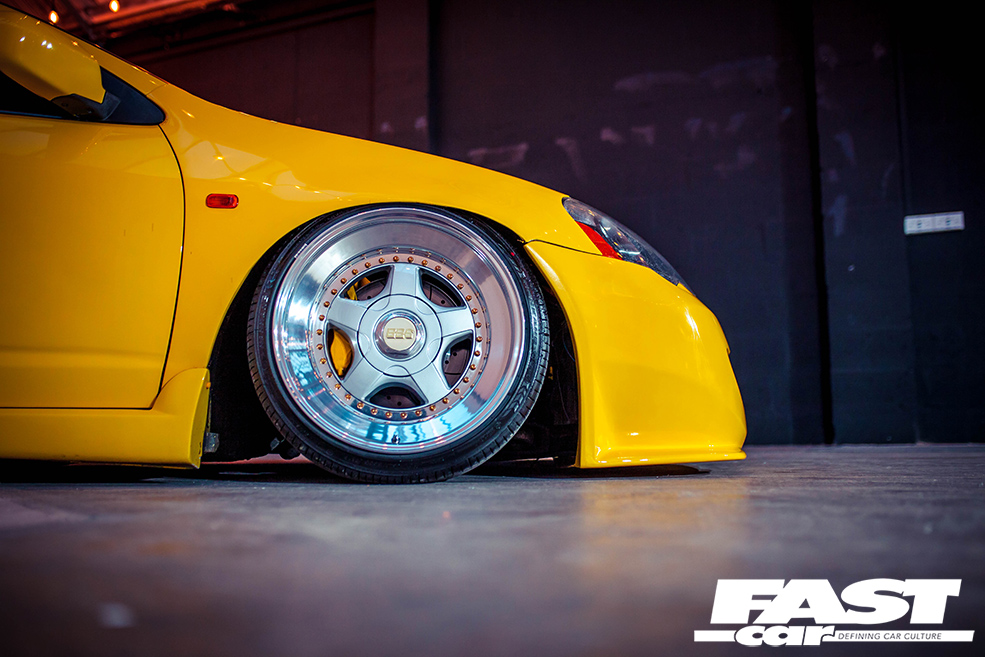 “Beware; for I am fearless, and therefore powerful,” a Frankenstein quote adequately summarising the absolute beast of a DC5 you see before you now. But, unlike the monstrosity that was Frankenstein, this Honda Integra Type R DC5 is quite the sight to behold and for all the right reasons. 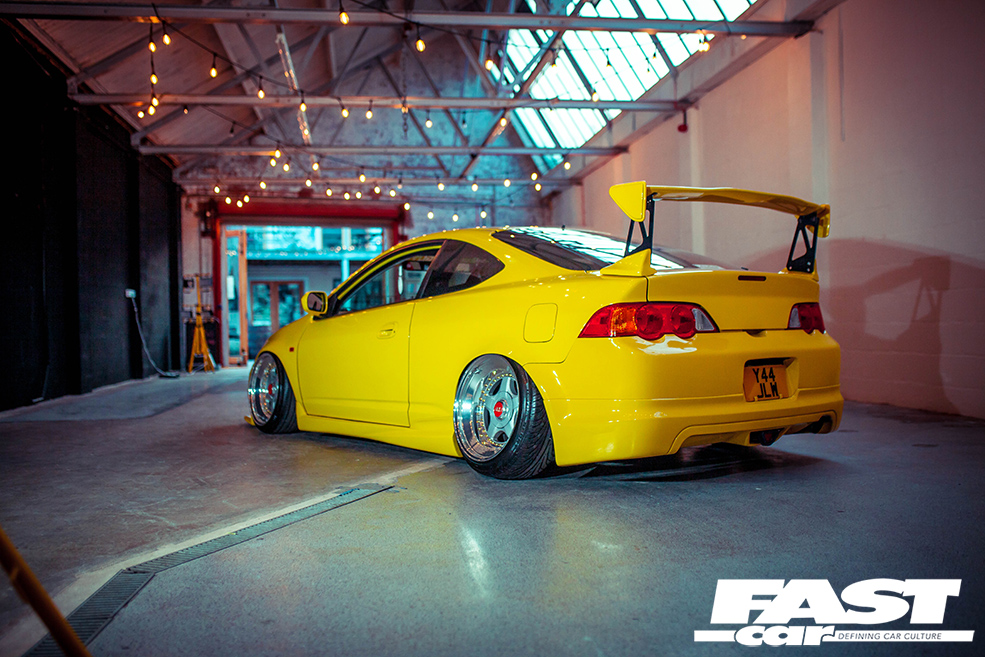 When owner Jamie Warnes acquired the DC5 he knew exactly what route he was going to take with it. Having owned a 1.4-litre Honda Civic EJ9 previously and already performing a B16 swap on that, as well as having an EP3; it’s safe to say he’s well and truly familiar with Honda life. “I had the EP3 for around two years, while I saved up the money for what I really wanted; a DC5, before this one popped up for sale,” Jamie told us. 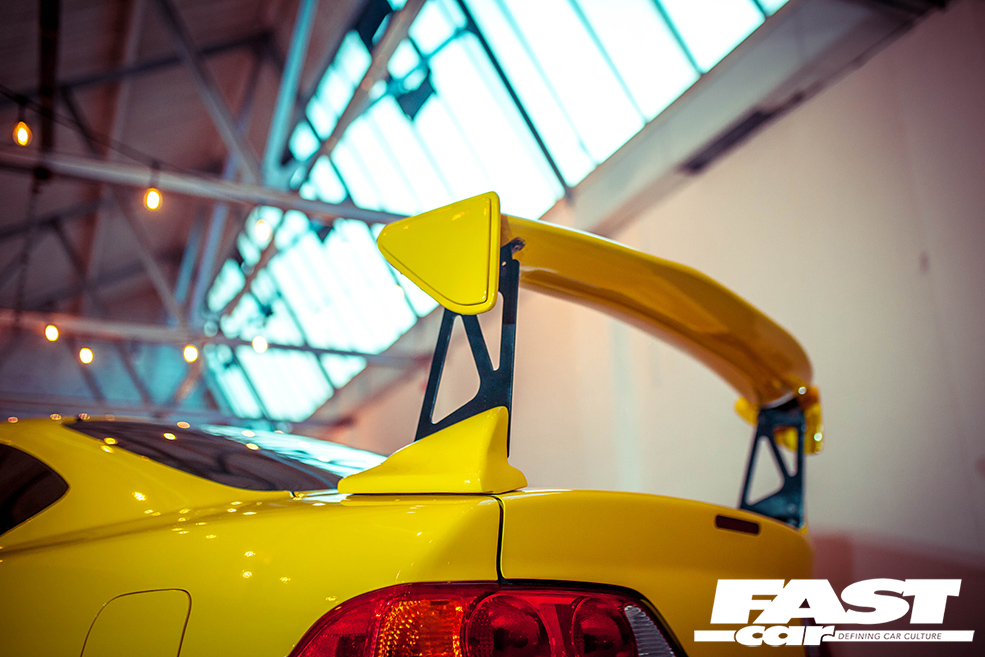 The welder / fabricator from Kings Lynn, Norfolk, bought the DC5 already slightly modified in that it had already received the full respray in Phoenix yellow and already had all the Mugen kit fitted, which was basically exactly what he was looking to do. Jamie bought the car back in January 2018 – perfect timing to get it ready for show season. 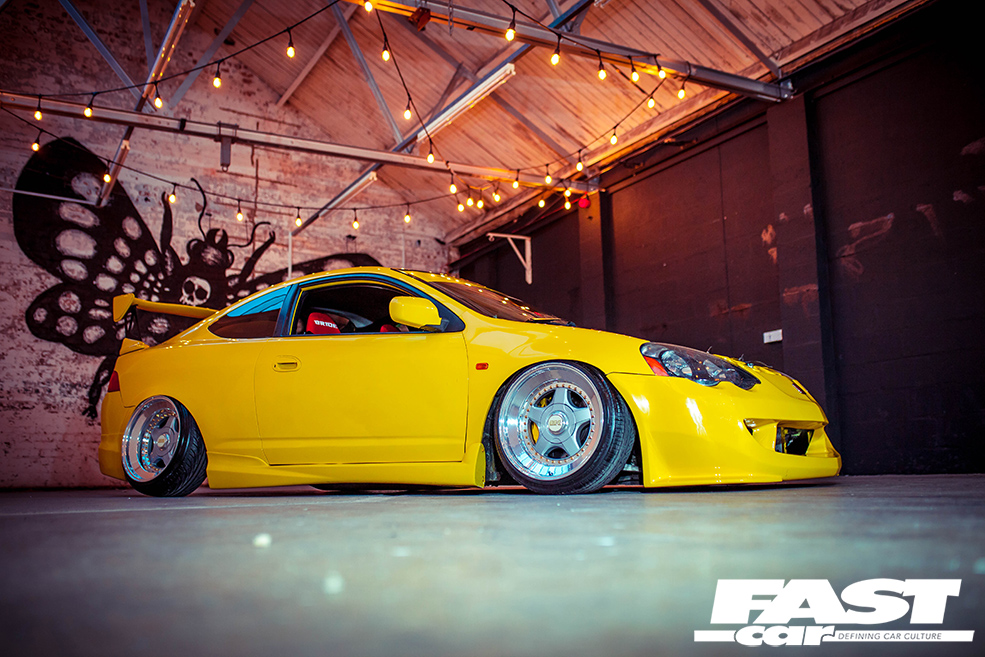 Four months on, the engine decided to shit itself. That being said, it turned out to be a major blessing for the build. The following month, Jamie and his mates ripped the engine out and began looking at the options available. 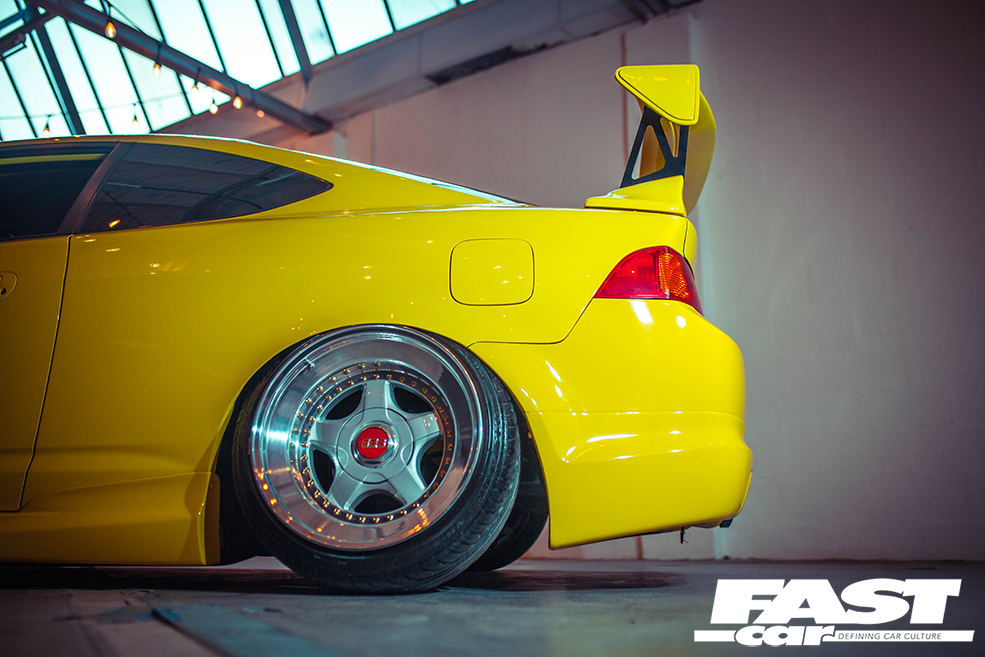 With a number of options flying around; turbos, engine rebuilds, throttle bodies and the like – shout out to the sheer level of modifying that can be done with these Jap motors – Jamie finally landed on getting the standard lump rebuilt but with more power. And so ended up with a K24 Frankenstein engine (K24 bottom end and a K20 head). He’d done well to find an engine for sale that was freshly built and for a good price at that. 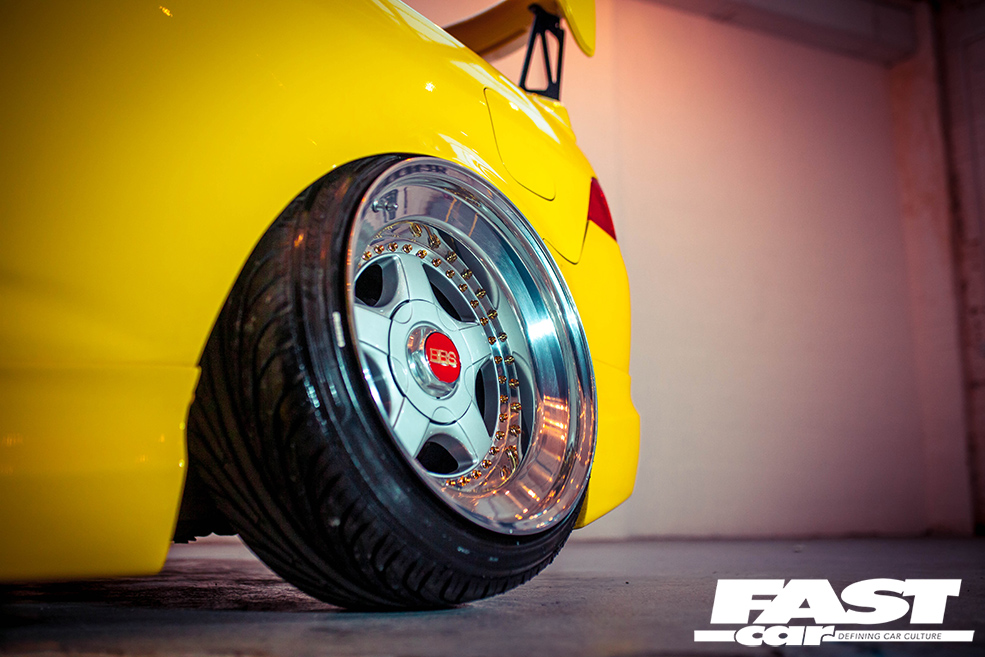 First piece of the puzzle acquired, Jamie contacted Lewis at Honda Specialist UK, Eversholt, who he’d come up with a plan with to fit the engine, as well as complete all the wiring that was needed in the engine bay. Jamie was down there most weekends – bearing in mind that Eversholt is like 80-miles or so away from where Jamie lives in King’s Lynn; that’s dedication. Jamie spent time welding up around 150 holes in the engine bay, smoothing it and working with Lewis to get as much as possible either removed or relocated and ready for spraying. The engine bay was fully shaved and wire tucked, while the ABS and PAS were deleted and the fuse box and battery were both relocated.

It took around three months to finish everything, including fitting the engine and new parts, as well as the painting of the bay, with the car now running a K-Pro Version 4 ECU and putting out 262bhp! 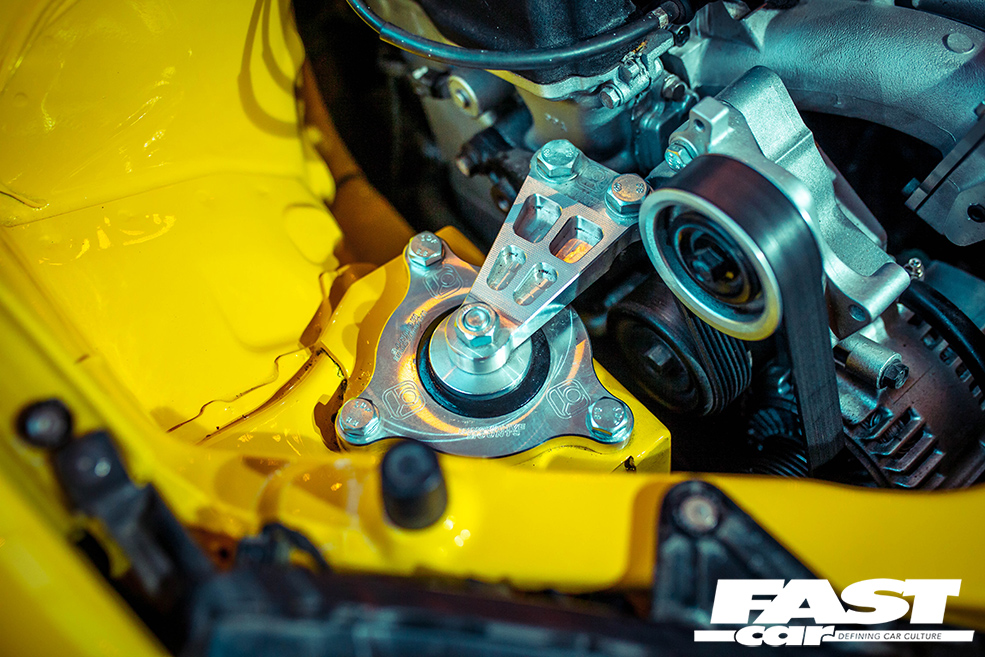 “A lot has happened with this car. Most would consider the engine shitting itself a real low point, but to be honest I’m kind of glad it happened. I have always wanted to smooth and shave an engine bay and the engine failure allowed me to do so. I honestly don’t think it would ever have happened if it wasn’t for it blowing up – that happening really pushed me to go the extra mile with it and I couldn’t be happier. Even if there was blood, sweat and almost tears rebuilding the car to what it is now.” Jamie added. 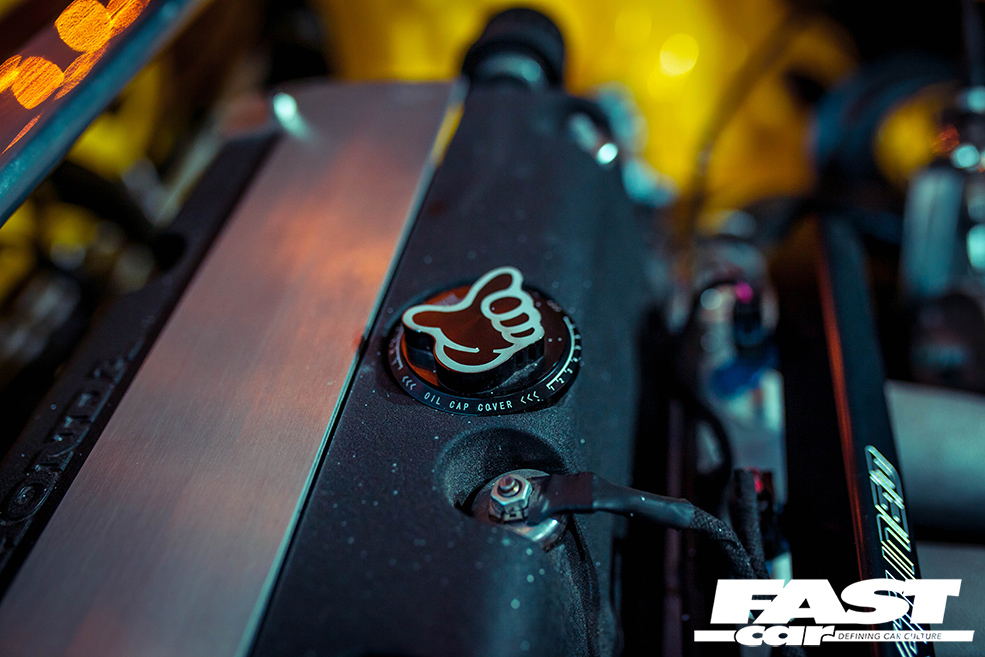 The whole car is a complete build; its freshly done engine bay compliments the fresh Phoenix Yellow paint job to its exterior, along with the widened and flared arches and Mugen accents. 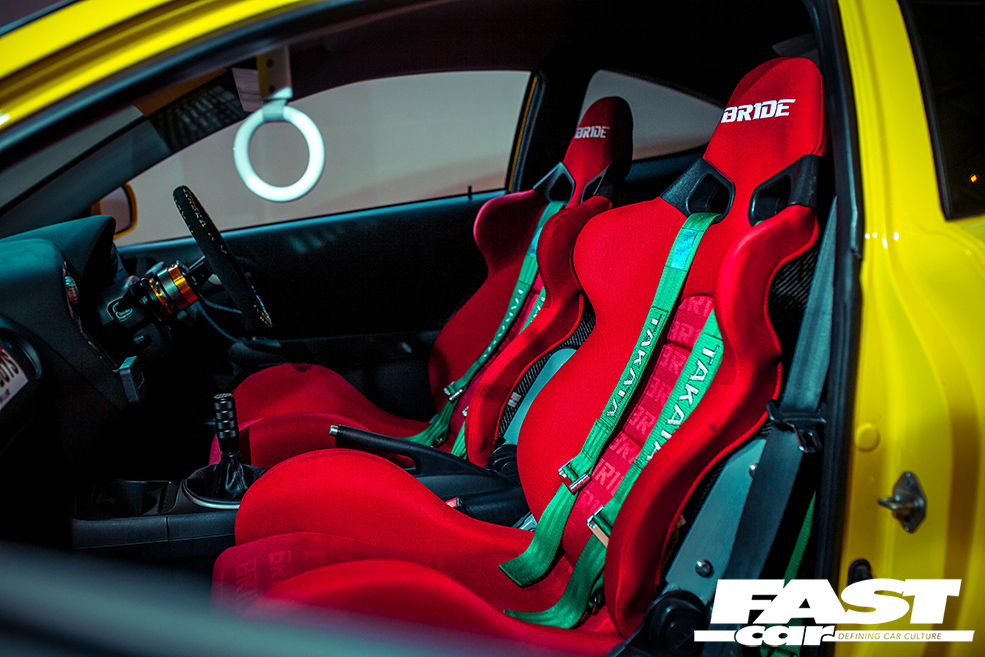 The chassis is an interesting aspect in itself; running Air Lift Performance V2 air management, AirREX performance struts, and Skunk2 camber-adjustable arms. The BBS RF alloys have been triple stepped and are 9.5 and 11J front and rear respectively, with 3- and 4-inch fully polished lips that house gold hardware. Look beyond the spokes and you’ll spot colour-coded Brembo 4-pot brakes. 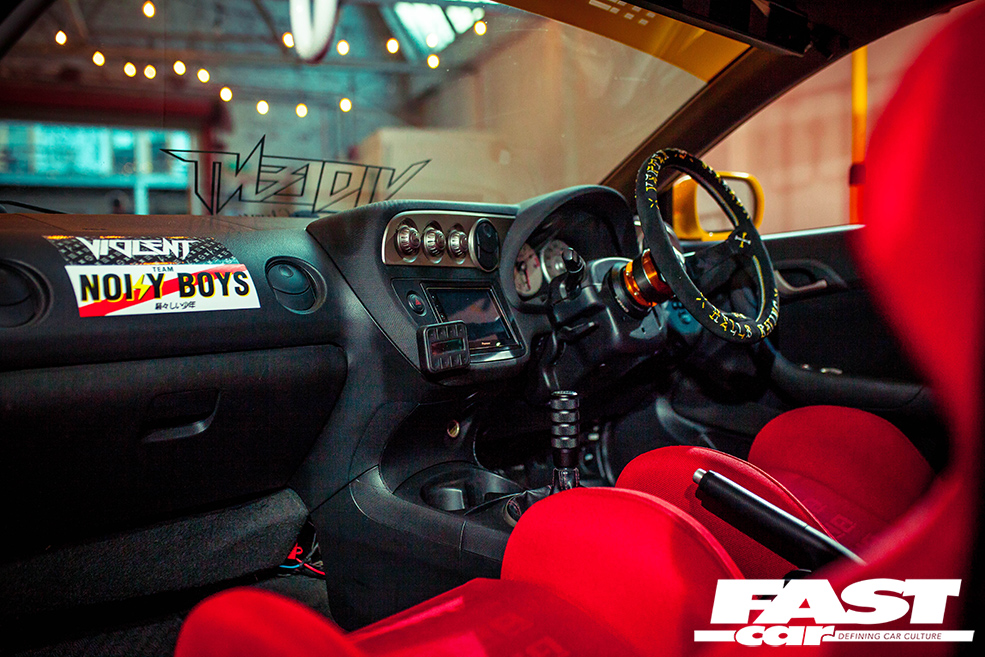 The inside hasn’t been forgotten, either. Bride Cuga bucket seats with carbon fibre backs rock those iconic Takata harnesses, while the driver’s bay houses a Vertex steering wheel, with NRG quick release steering boss, while gear changes are taken care of with a K-Tuned race billet shifter and We Are Likewise gear knob. 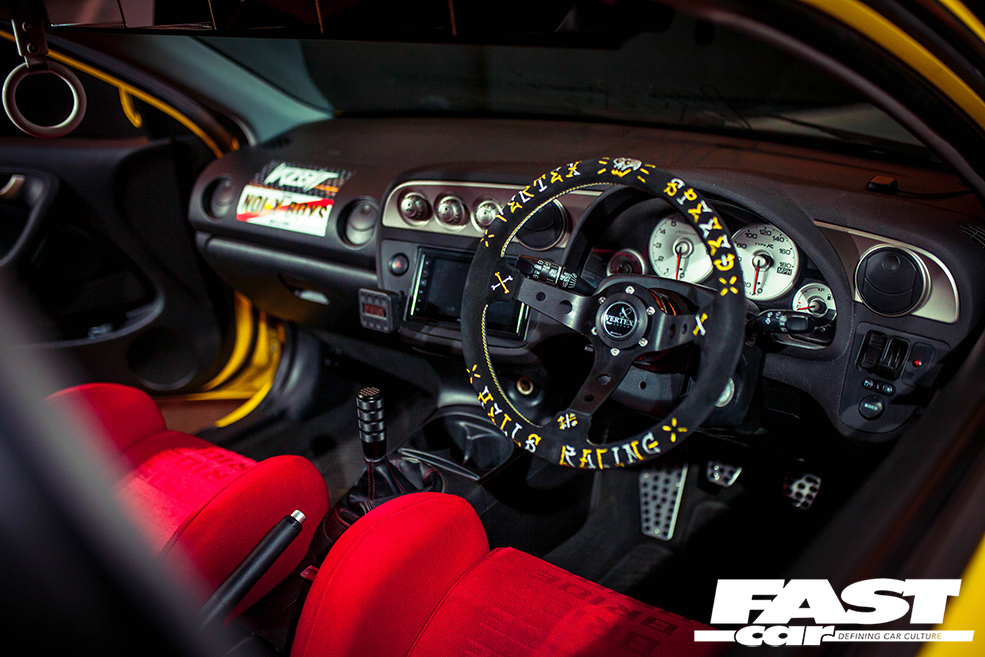 The entire thing is a sight to behold, but Jamie is already having ideas about another makeover next year. We better keep an eye on this one! 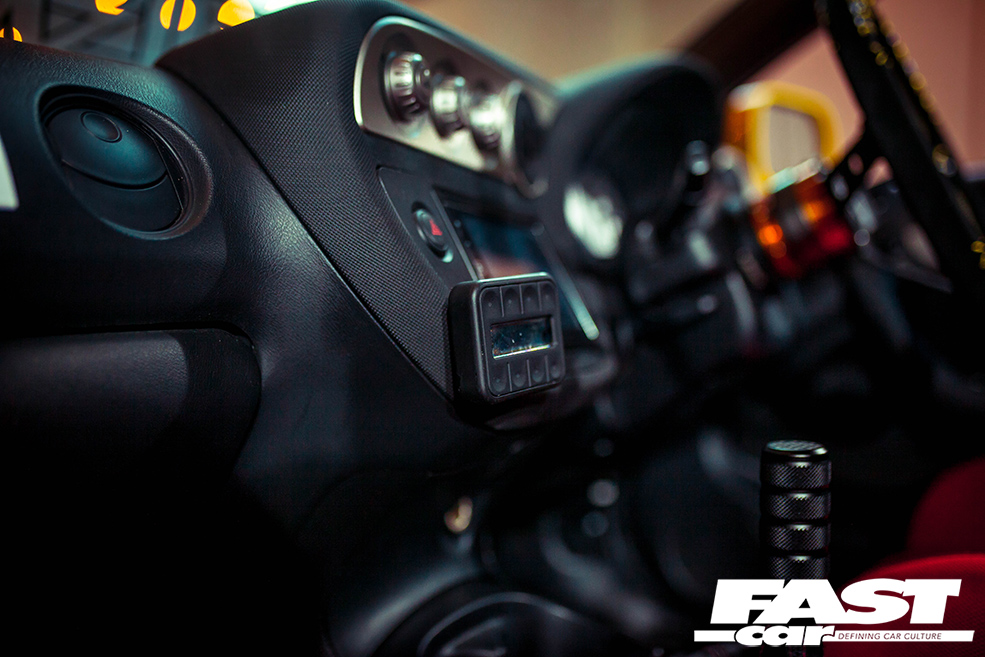 THANKS
“My friends, my GF, my parents, Lewis at Honda Specialist UK, and Rusty Rimz”