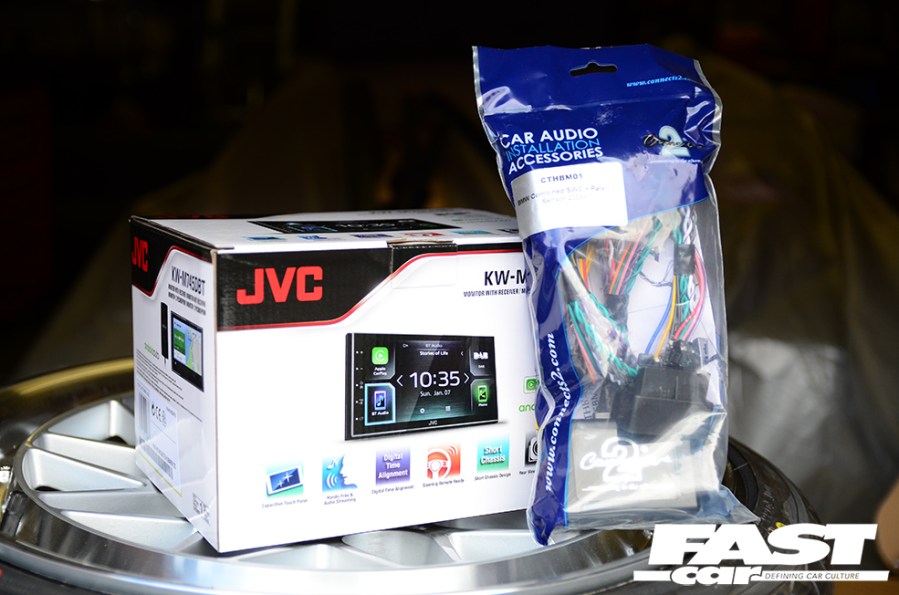 They say it’s not the size but what you do with it that counts. I say bollocks, bigger is always better especially when it comes to headunits. And that’s just one of the many reasons why I jumped in my car, popped to Halfords and bought one of these pukka new JVC KW-M745DBT.

Another is the simple fact that I’ve been using Waze on my iPhone as a satnav since I bought the car; it’s all well and good until your mum decides to call you just as you’re coming up to a junction… You either kill the call or get lost. Neither option is great to be honest.

The KW-M745DBT has Apple CarPlay, which means I can sync a lot of my apps including Waze to the headunit. CarPlay also allows you to control iOS through the system meaning my mate Siri can help me reply to texts and emails.

Although I’ve tested and reviewed the technology many times, this is the first CarPlay headunit that I’ve actually fitted to my personal car, and I’ve got to say I’m mega impressed, not just because I can take calls and not get lost at the same time but because of the simplicity of use and features it brings to the table. Basically, if you’re in the market for a new headunit, make sure it has CarPlay capabilities and a JVC logo on the front!

Another reason I went for this particular unit is because of its shallow depth. I’ll never forget the problems I had fitting a doubleDIN into my E46, so I didn’t want to make the same mistake again.

And by using the car specific Connects2 fascia kit, the unit went in relatively simply; in fact there was room to spare, the rear parking sensors still work, and all my steering wheel controls remain. Lovely jubbly!