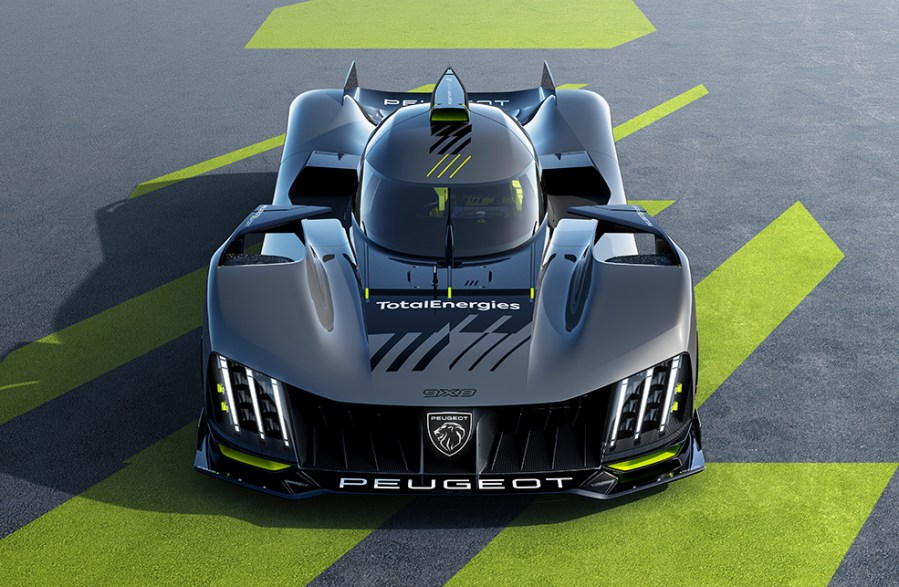 The Peugeot 9X8 Hypercar has been revealed in full and will make its competitive debut during the FIA World Endurance Championship in 2022.

Powering the Peugeot 9X8 Hypercar is a lightweight 2.6-litre V6 petrol engine producing 671bhp and tipping the scales at only 165kg. This sits directly behind the driver in a mid-engine layout, with power being driven to all four wheels. Assisting that turbocharged engine is a 200kw (268bhp) electric motor mounted to the front axle and powering the front wheels. Peugeot calls the new system the Hybrid4 500kw powertrain. 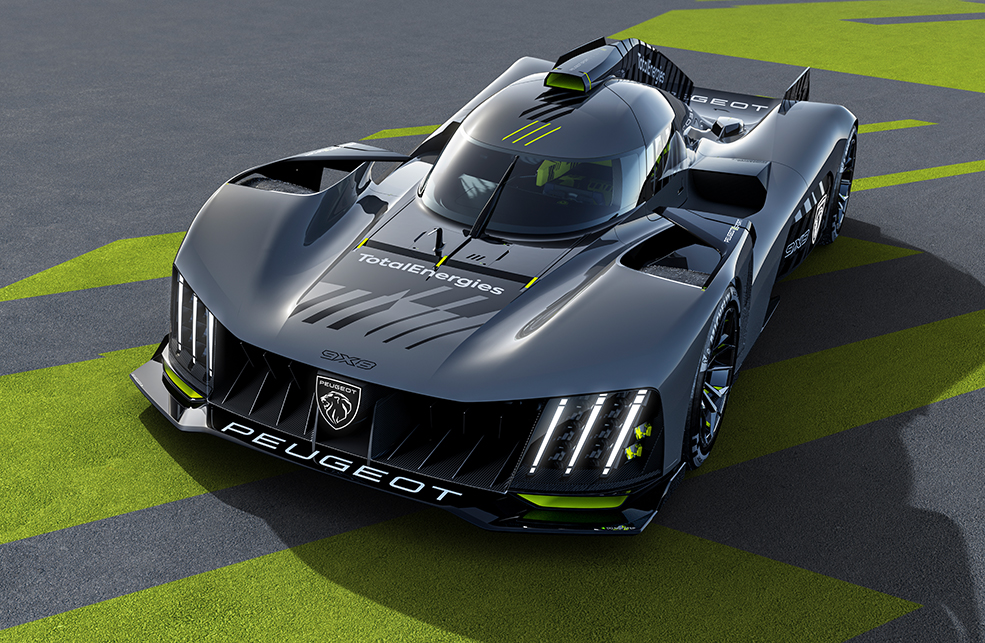 Despite both propulsion systems being capable of producing a combined figure of much more than 671bhp, the FIA endurance regulations dictate that it cannot exceed that level. Peugeot Sport enforces this by limiting the petrol motor’s power to 405bhp when the electric motor is delivering its maximum power. The reason for this is that the regulations also dictate that the electric motor cannot deliver any power below 75bhp, and therefore more engine power is needed to produce the 671bhp figure. When that speed is exceeded, the power from the V6 is modulated to never exceed that 671bhp figure. 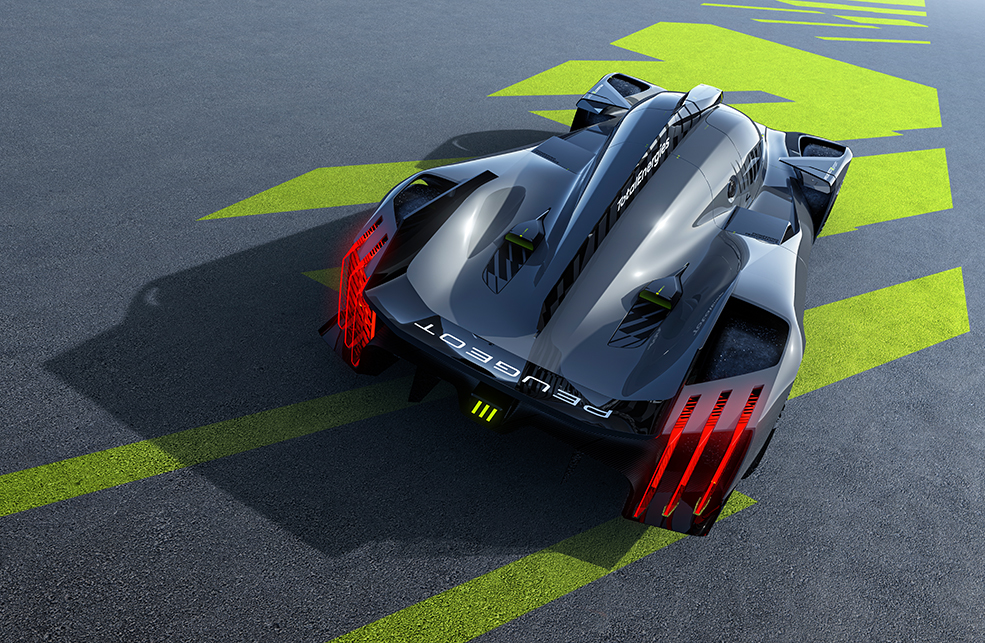 The Peugeot 9X8 Hypercar’s front and rear lighting signatures, which take the form of three claw-like strokes, are familiar Peugeot, while the brand’s new lion’s head logo features at the front and on the sides of the car. The Selenium Grey and contrasting Kryptonite acid green/yellow highlights, featured on both the body and inside the cockpit, echo the colour scheme chosen for the new Peugeot Sport Engineered line, introduced first on the 508 and 508 SW. 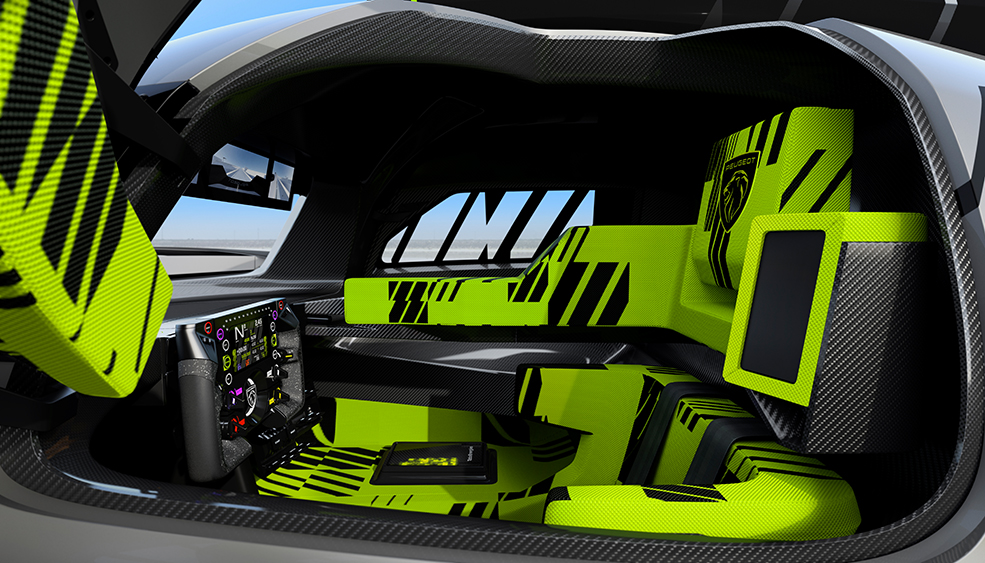 Stellantis Motorsport Director, Jean-Marc Finot said: “The absence of a rear wing on the PEUGEOT 9X8 is a major innovative step. We have achieved a degree of aerodynamic efficiency that allows us to do away with this feature. Don’t ask how, though! We have every intention of keeping that a secret as long as we possibly can!”