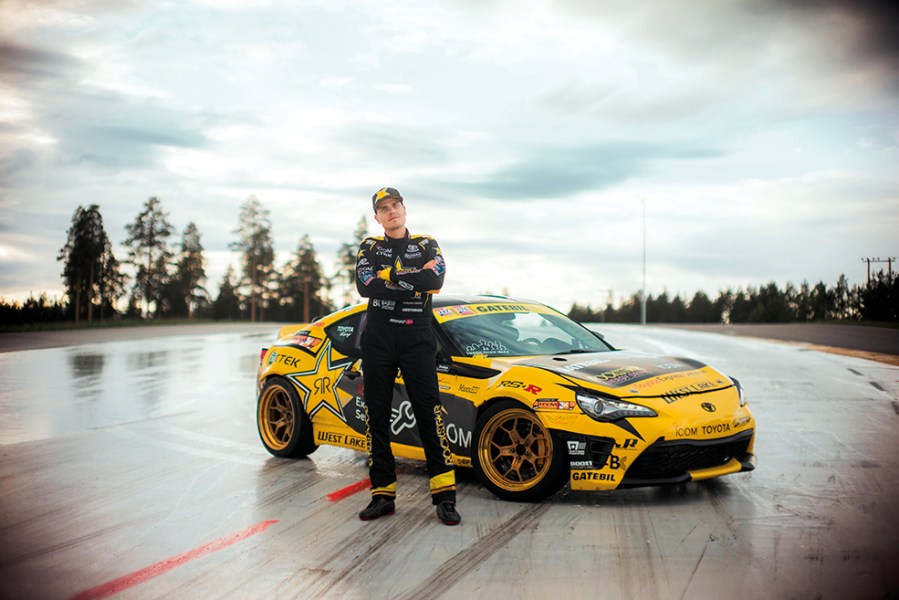 We interview the Norwegian drift god, Fredric Aasbo, on how he has made a success from a career on the slide, what makes the perfect drift car and his advice on how you can become a drifter.

How did you get into drifting?

My dad was into rallycross when I grew up and was a fantastic driver, but never managed to build a career out of it. When I turned 12, he took me go-karting, but instead of looking up to the fastest drivers, I always ended up admiring the drivers that had the most control in the wet, or the drivers with the most style and “flair”. And when I discovered drifting, by finding an old video of legendary Japanese drifter Katsuhiro Ueo on the internet, I fell in love with the sport instantly. 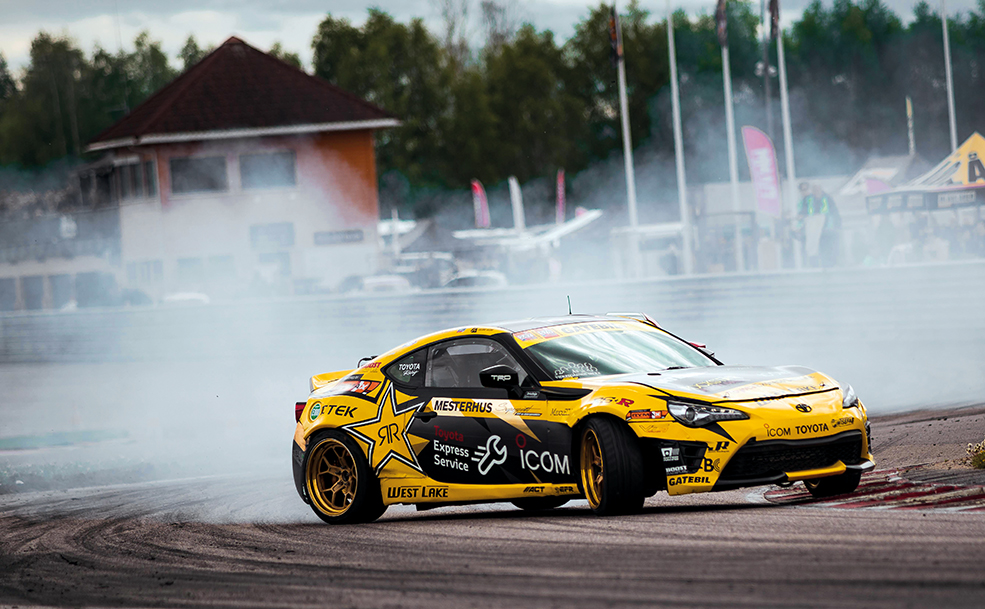 What is it that you love about drifting?

I’ve often said: ‘drifting is the art of controlling a car that’s out of control’. I think there’s something magical about taming an animal, or in this sense a car, into doing something it wasn’t really made to do. Having that ability is a massive rush. 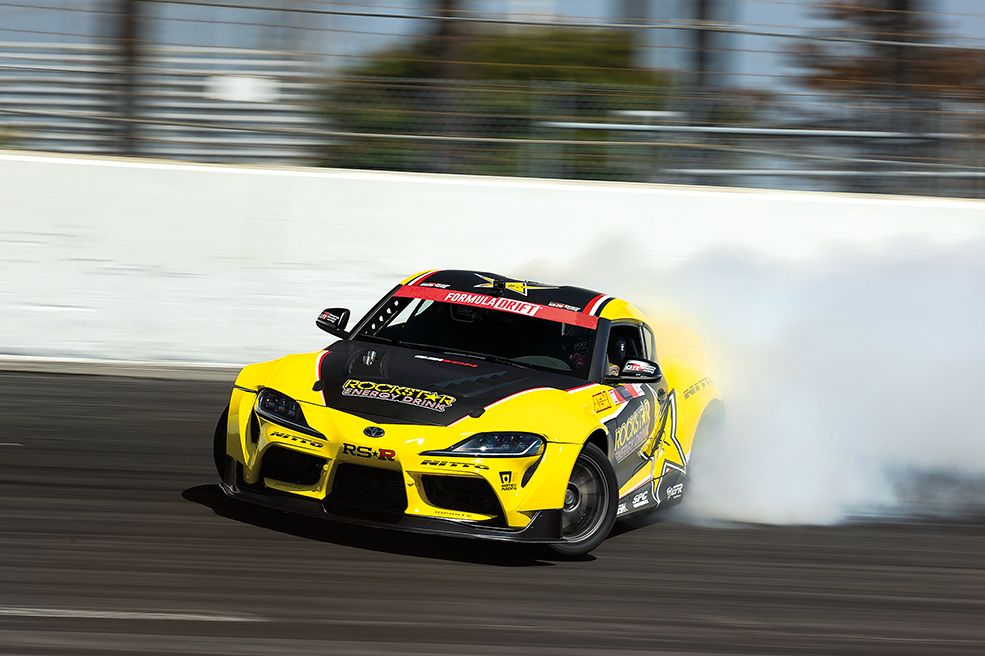 What makes a perfect drift car?

Firstly, it’s not just about horsepower. You only need enough power to overcome the grip of the car, so that means the real defining factor of a drift car is the grip level needed to win the battle. We’re always looking for the perfect setup depending on the conditions and what we’re learning along the way, and that involves some fairly advanced setup theories. But the idea behind it is simple: We want as much steering lock as possible, as much as grip as possible, while still keeping the car easy to drive and position on track, we want as much torque, rpm range and drivability as possible, as well as better braking capabilities so we can dive in harder behind other drivers – the list goes on. A lot of these things cancel each other out, so car setup is always about finding the best compromise. 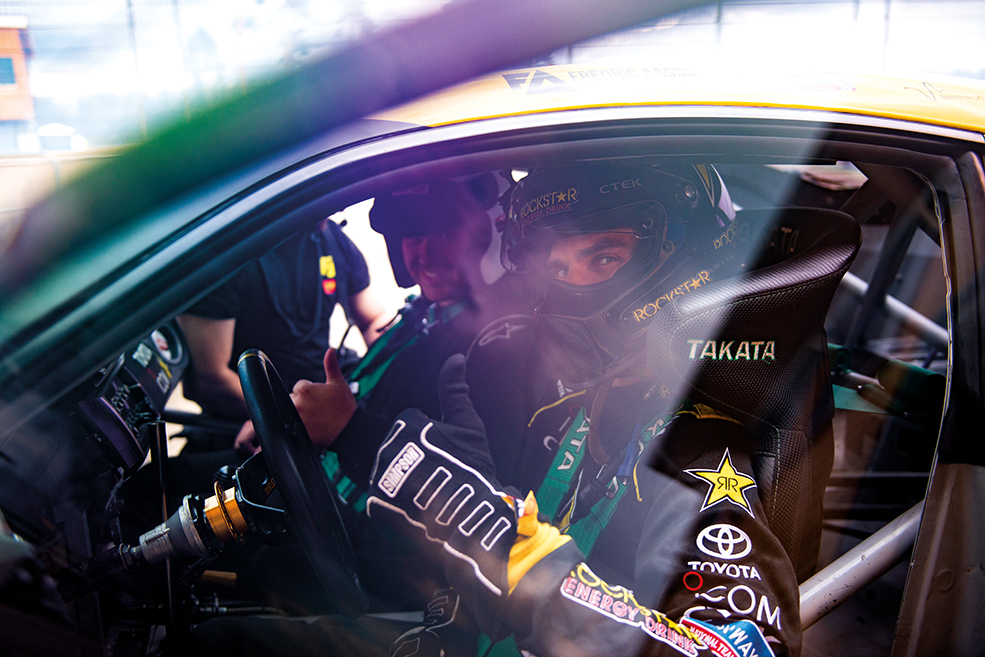 How do you make sure your car stays reliable when pushing the limits?

It’s no secret that drifting is really hard on the cars, especially when it comes to the engine and the drivetrain. We’re pushing well over 1000bhp with the engines on the rev limiter lap after lap. We’re clutch kicking, there’s limited time to heat up the drivetrain before a run, and so forth. The secret to making this all work is to use the best parts and lubricants out there, which aren’t really that hard to find: You just look for the most passionate people in the business, because they really care about making their stuff work. Rymax Lubricants is one of those companies. Since we started using their engine and transmission oils, we haven’t had a single failure. 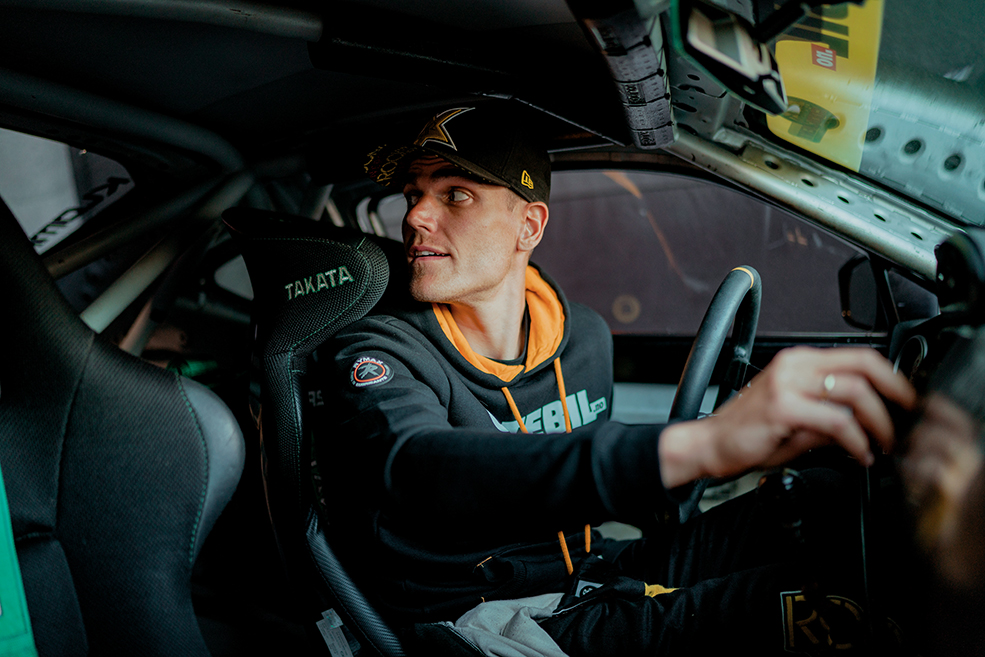 What would your advice be to anyone wanting to become a professional drifter?

There are so many skilled drivers out there so it takes a lot of dedication to make it happen. If you know within yourself that you have that drive, then be smart and analytical. Dissect what the best guys and girls are doing well, and also what they are not doing well. Learn by watching, while at the same time becoming a very skilled driver. Being a good driver with an understanding of competition is more important than pretty looking cars. Build a team of friends that all want to succeed together, and win as a team. Only with others can you achieve greatness. Good luck – and enjoy the ride!