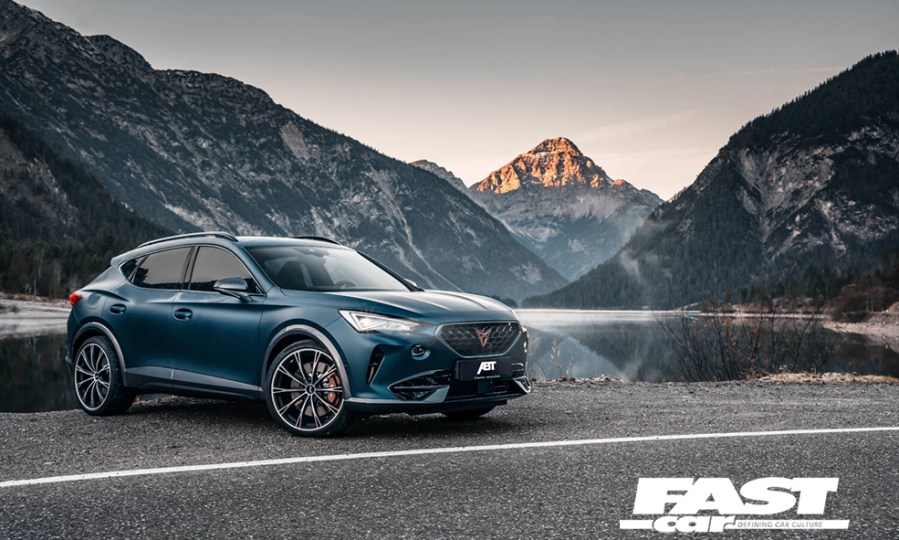 Say hello to the Abt Cupra Formentor, a 365bhp crossover that wants you to forget about the humble hot hatch.

The Cupra Formentor is the latest VAG product to be treated to an Abt makeover. Having already received a bespoke platform on which it was built, the Cupra Formentor boasted 306bhp from the famous EA888 engine.

Similar to the Cupra Ateca and the rest of its family members, though, a touch of fettling with the ECU has resulted in a horsepower increase of 59bhp and with that an extra 37ft lb of torque, too.

Abt quotes that the Cupra Formentor will now accelerate from 0-62mph in 4.6 seconds, shaving 0.3 seconds off of the factory time. 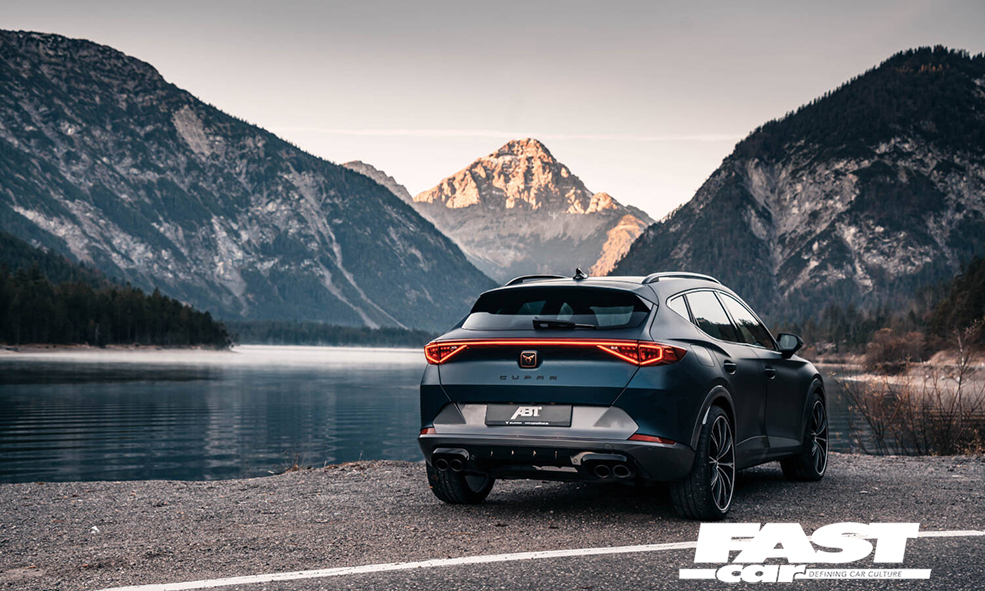 It’s not just an increase in performance, though, as Abt has treated the Cupra Formentor to a set of new springs to sit alongside the car’s adaptive suspension. This now drops the ride height by some 35mm, helping to fill the arch gap that was already being attacked by a new set of 20-inch wheels. Both a 19-inch set and 20-inch set of wheels are available as options.

Cupra and Abt continue to work closely as the pair partner on a new team that will compete in the inaugural Extreme E series later in 2021. For now, no prices have been confirmed for the power hike but given on other Cupra products the same power hike costs around £500, you should expect the same.

You can check out our video review of the Limited Edition Abt Cupra Ateca below.