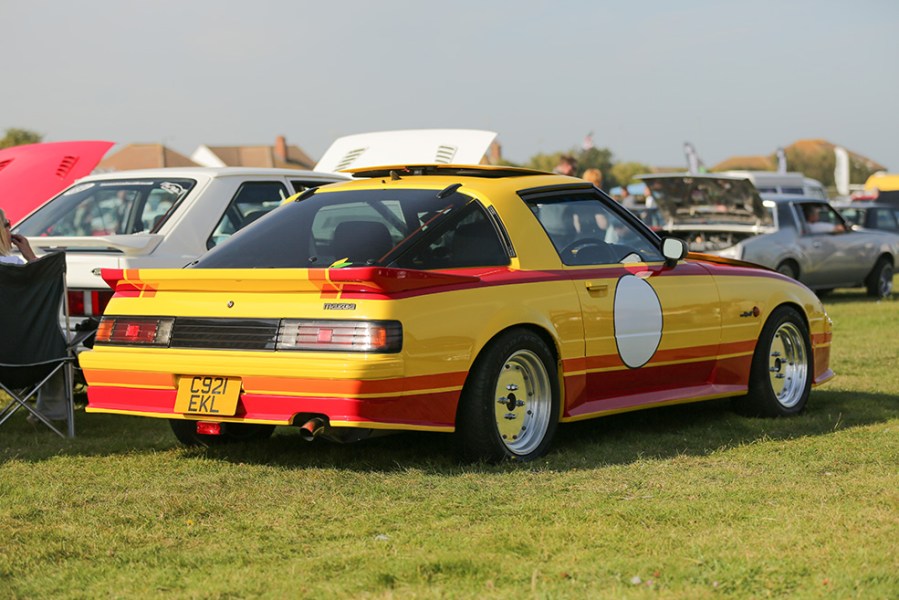 Some car owners travelled the entire length of the country for the show with some coming from as far as Belgium, Holland and even Sweden.

The rule for vehicle entrants is anything pre-1990 (ish) which turns out a weird and wonderful array of vehicles of varying ages and conditions.

Over 50 clubs were in attendance with noticeable turn outs being from the Medway Monkeys with 66 cars on display, Thanet Classics with nearly 80 cars on display and the line up of 35 Datsuns and early Nissans organised by Andrew Eve, who hired his own vehicle transporter to bring 13 of his own cars. Now that’s dedication! The best club stand award was taken by local club the TEC Warriors.

Other features included a brilliant line up of Sinclair C5s (including one jet powered) thanks to Sinclair-C5-Alive and a RC Drift track which drew a crowd all day, organised and ran by Slide Dynamics RC Club.

Next year’s show is already pencilled in for the 30th September 2018 once again in Margate, Kent. So why not pop down and make a weekend of it? For more info keep an eye on OhSoRetro