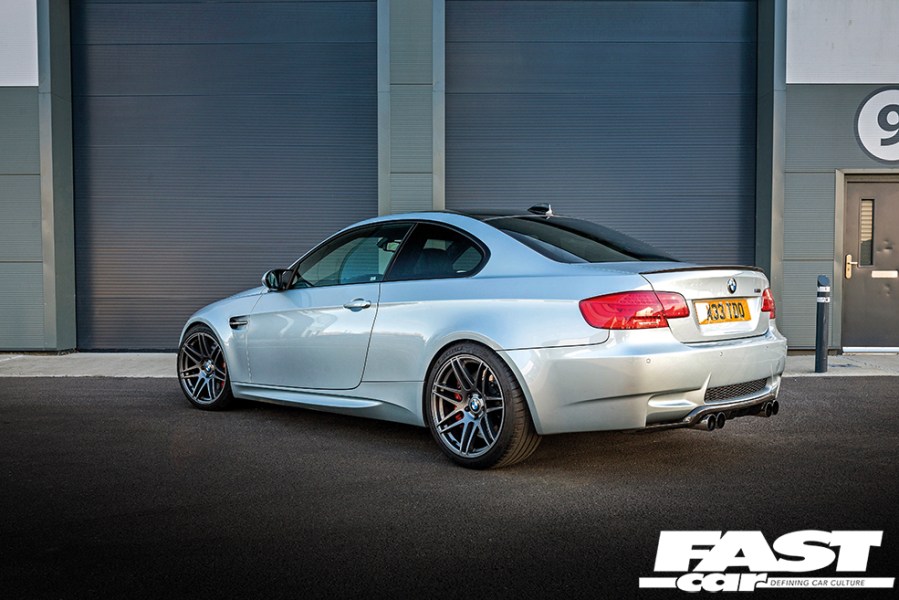 The BMW E92 M3 is an awesome machine in standard form, but it becomes an absolute animal once it’s supercharged!

While every M3 is special, it’s fair to say that the E92 M3 is perhaps that little bit more special. It has the honour of being the only V8-powered M3, and the 4.0-litre S65 was a high-revving masterpiece that delivered peak power at over 8000rpm. The E92 M3 also has the honour of being the last naturally aspirated M3, the final farewell before turbos were introduced, and we can’t think of a more fitting send-off. While prices have been on the rise, the E92 M3 is still affordable, and for the money, it’s hard to think of a better mid-sized sports car that can deliver driving thrills on this sort of scale. It’s a special machine whose appeal is undeniable, and it’s a car that was on Tristan Ormiston’s wishlist for quite some time.

“I’ve always wanted an E92 M3,” he grins as we chat, “it was all about the V8 for me, that’s why I wanted the car!” and the engine is without a doubt the E92’s biggest selling point. This is actually Tristan’s first-ever BMW, and it’s clearly made a good impression because it’s since been joined by a 2011 X5, which serves as the family wagon. 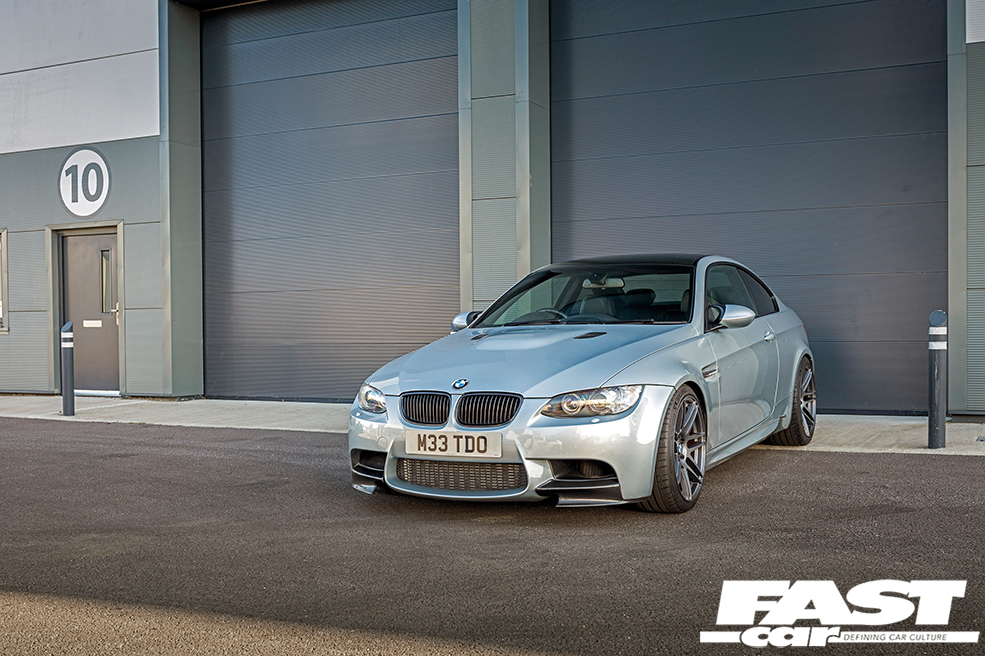 They say you should never meet your heroes, and sometimes, a car you’ve been lusting after just doesn’t manage to live up to expectations, but it’s fair to say that wasn’t the case with the M3. “After years of family wagons and playing with and building the odd track car, I’d not been around performance cars much. I was building an Audi TT track car with a big-spec engine at the time, and sitting on Auto Trader one weekend – as you do – I thought it was time to get back into having a performance road car,” Tristan tells us. “I always fancied something BMW, so I started searching for M3s. I sold all of my Audi spares, put together what I had and actually realised that I could afford an E92 M3, which really appealed to my love for V8s as I race a powerboat with two 8.2-litre big-block V8s,” he grins.

With a BMW E92 M3 now firmly in his sights, Tristan fully committed himself to the hunt. “The ones in my budget were high mileage, so I sold my motorbike, put that into the pot and clicked the low mileage section on search. A couple of months of searching for the exact colour and spec I was after followed, and I was actually on holiday in Ibiza when this car popped up. I emailed the owner and said I would pay a deposit and collect the car the next weekend; he said the car had only been advertised a day. I knew because I was looking daily,” laughs Tristan. “I met him the following weekend as planned, my head still sore from my holiday in Ibiza, and the deal was done,” he smiles. “After looking at so many online, this was my first time driving one. My first play with DCT in manual mode and the first rev-matched downshift made me smile, along with the sound!” he adds with a grin, and he’d clearly made the right decision. 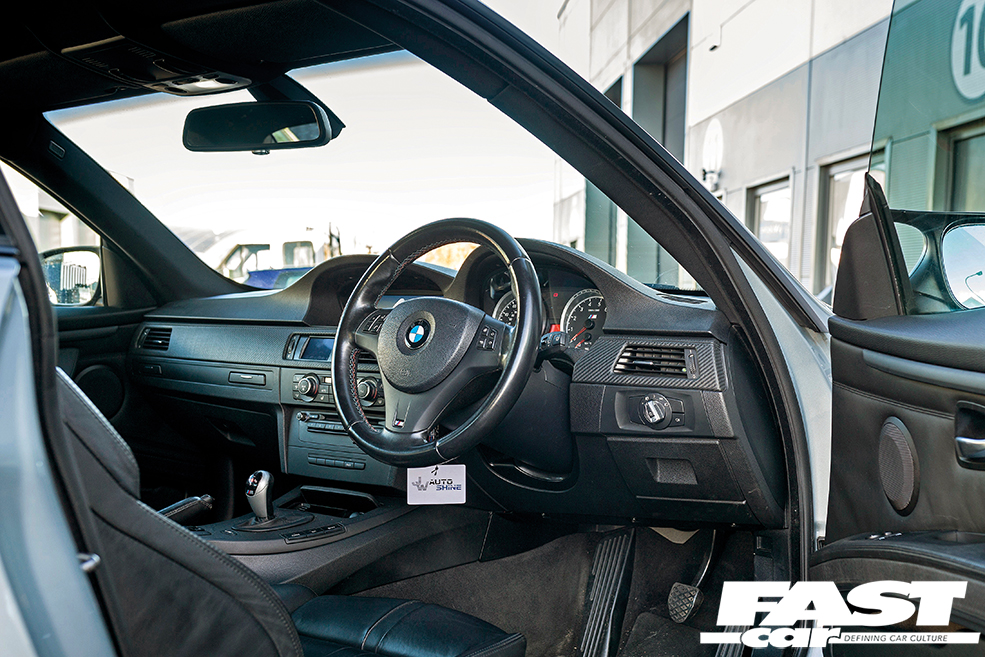 “My plan,” Tristan continues, “was to keep it standard. That didn’t last long,” he laughs, and that’s not too surprising. We’ve already heard about his Audi TT track build plans, and then you learn that past projects have included some modded Cosworths and track cars, including a VR6 Golf and a Seat Leon Cupra. But even so, he resisted the call of modding for a little while. “I had already done my homework and spoken to Andy at Walker’s Autotech and had already booked it in to get the dreaded rod bearings done. It went off to get those done two weeks after buying it plus a big service,” says Tristan, and with those sensible things taken care of, he let his mind wander towards the first of a few little tweaks…

Despite being a performance car, the E92 M3 suffers from two major problems when it comes to aesthetics. First of all, it sits really high in stock form, way higher than you’d ever expect, and while the body is blessed with sexy swollen arches, the wheels are hopelessly lost beneath them and tucked way inside. It’s no surprise, then, that Tristan’s first set of mods addressed these issues. Number one was a set of wheels to replace the stock items. While pretty much everyone opts for the 359Ms because they look great, variety is the spice of life after all, and Tristan has opted for something different. His choice was the Ström STR3, finished in gunmetal, and these concave 19s look great and really suit the E92 perfectly, while the widely-spaced spokes were just what Tristan was thinking for showing off his planned BBK upgrade. 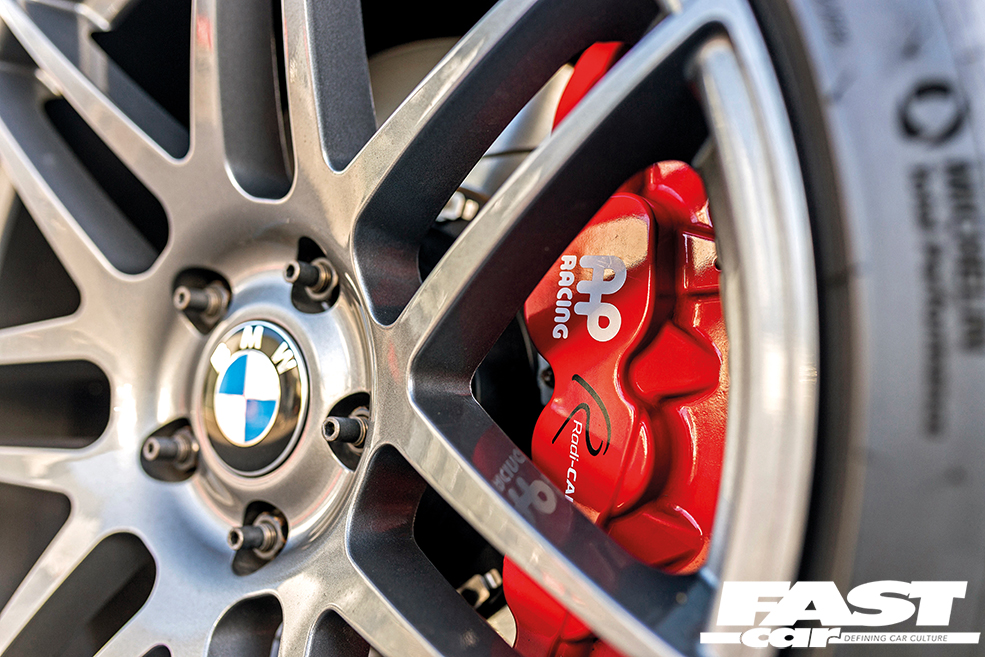 While the Ströms were an upgrade over the stock wheels, the fitment needed a little bit of a tweak, so Tristan has paired them with a set of 15mm front and 10mm rear spacers, which have got them sitting just right. The final touch was a set of H&R lowering springs to just deliver the right amount of drop to delete a big chunk of that unwelcome arch gap, and they’ve certainly done the job.

That’s not the end of the aesthetic enhancements, though, because Tristan has fitted a selection of carbon fibre additions that give this M3 a bit more bite when it comes to the looks. Up front sit carbon corner splitters, and the standard chrome kidney grilles have been replaced with gloss black items, the bonnet vents have been given the carbon look with a wrap, and the side wing vent trims are carbon. At the rear, meanwhile, you’ll find a carbon spoiler, which replaces an M4 item that Tristan fitted but which he felt was too big for the car, and it’s joined by a carbon diffuser. All of this looks great against the Silverstone bodywork, and these elements combine to give this M3 that bit more presence.

At this point, Tristan had a good-looking M3 that he loved, and all was well, for a bit, anyway… “With a few friends on the Isle of Wight we had a lads’ day on the mainland, and we each took our cars. They had a tuned F80 M3, F82 M4 and two F10 M5s so I was left behind, and after that, the search was on for more power,” he grins. “I spent about two months emailing Aaron at AReeve Performance about a supercharger and trying to find on YouTube what they were like. Although it was a lot of money, after several big builds I hadn’t finished, it was something I had always wanted to do. So the decision was made, and it was taken to Aaron and left there for a month. 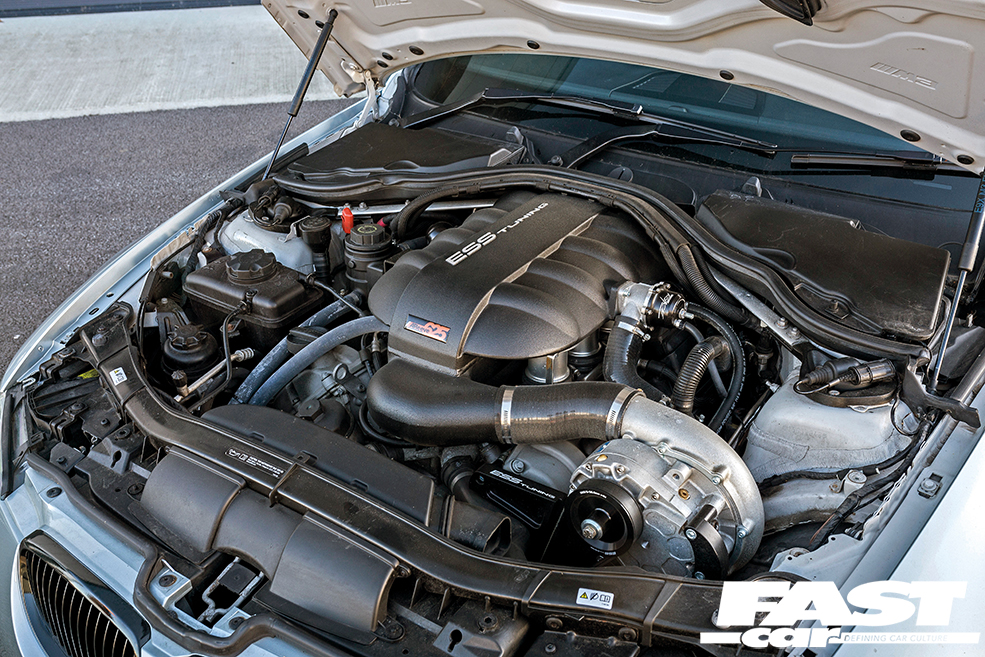 “While it was there, I kept phoning up and adding more things,” laughs Tristan. “Water-meth injection, a speed limit delete, an undertray and wheel stud kit. I collected the car just before Christmas 2020. A few miles out of AReeve’s units and the first motorway I pulled onto, I put my foot down and actually swore! I wasn’t expecting that. All the videos I had watched didn’t do what he had created justice,” smiles Tristan, and the ESS 625 kit he’s had fitted certainly doesn’t disappoint when it comes to power, especially when paired with the AEM water-meth injection setup.

Of course, going fast requires the ability to stop properly, so Tristan’s supercharged E92 M3 is now equipped with a substantial brake setup, with AP Radi-CAL kits front and rear. The former features six-pot calipers with 390mm discs while the latter comprises four-pot calipers and 356mm discs, with Ferodo DS2500 pads all-round, and that combination delivers effortless stopping power whenever Tristan requires it. And while the cabin is stock, there’s a sexy vent-mounted AK-Motion digital gauge that allows Tristan to monitor the car’s vitals.

“Once we could get out after lockdown, the lads and I did another road trip to Wales. Well, I wasn’t left behind anymore!” exclaims Tristan with a grin. “The supercharger is without a doubt my favourite mod – over 200hp over stock has totally transformed the car,” he enthuses, and there really isn’t much left for him to do. “I’ve spent £20k on modifications, so I don’t think I can do any more to make it any better without going too far!” he says. “The interior is a possibility. Clubsport-spec with a cage and seats would be nice, but it’s so comfy and docile when you want it to be as it is now. To be able to take the kids out for an afternoon, then in a push of the M button, it becomes a complete animal,” he smiles, and it’s this dual-nature that makes the E92 M3 such an awesome all-round performance machine. 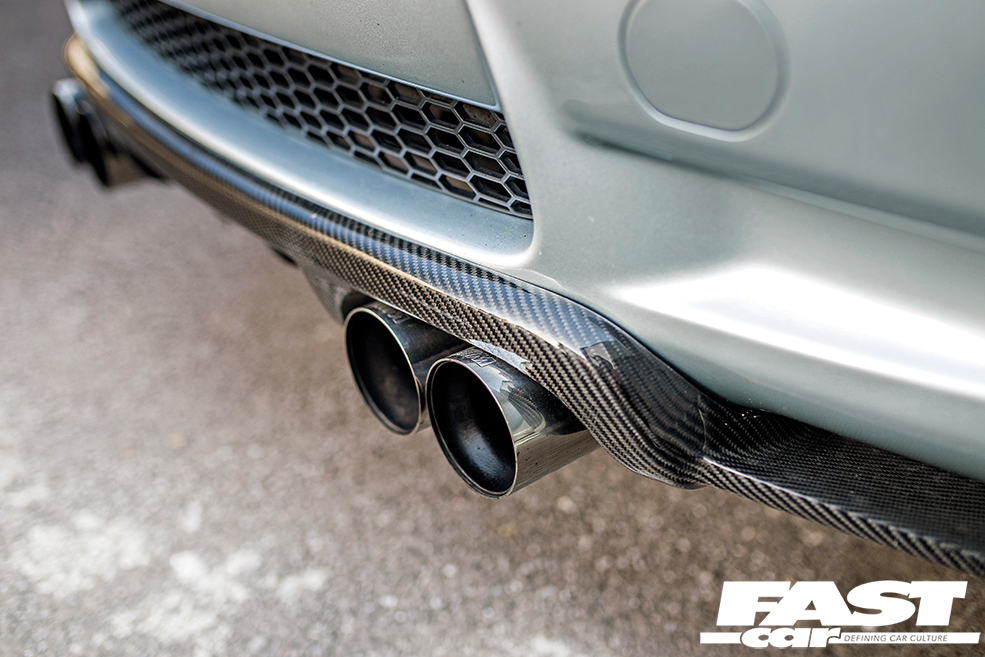 However, now that he’s scratched the V8 M3 itch (and then some…), Tristan’s eyes have started to wander… “I have actually advertised the E92 for sale,” he says, “and I am considering an F80 M3, and of course, I’d start modifying again,” he laughs. Whatever his motoring future may bring, this supercharged E92 M3 monster will always be his first BM and an awesome build he’ll never forget.