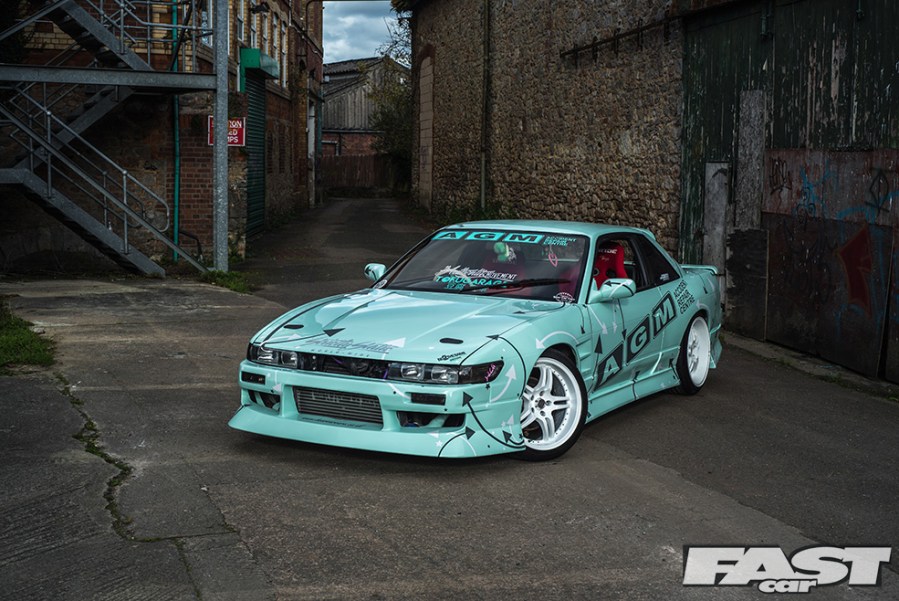 When Mel Taylor wanted to improve her drifting skills, she saw a moderate level of boost and a modified Nisan PS13 Silvia as the way to go. But as her back catalogue of builds demonstrates, it’s easy to get carried away and accidentally turn your toy into a show-stopper…

For all its merits, social media has a lot to answer for when it comes to human interaction. Specifically (and without wanting to sound like we’re a bunch of old farts), when it comes to politeness. There was a time, back in the ’90s and into the ’00s, when your means of keeping up with modern car culture was to go to car meets and to read magazines.

Thankfully that’s still largely the case, as it keeps us in a job. But the immediacy of social media means the pace of automotive fashion has accelerated. And more significantly, it’s never been easier to slate someone’s ride. The perceived anonymity of the internet means it takes a second to post up a snarky comment before moving on, not considering the dagger you’ve plunged through the owner’s heart. ‘Those wheels look shit, lol’. A savage snapshot and a rapid departure. Would you say that to someone’s face at a car show? You’d certainly think twice about it.

Thank goodness, then, for characters like Mel Taylor. The owner of this PS13 Silvia, she represents all that’s good and positive in the modern modding scene. Waving two fingers at the haters with a big smile on her face, before pouncing for the horizon in a maelstrom of tyre smoke and turbo whistle. Who cares what the naysayers are moaning about? When you’re building a car, you only need to please one person. And that, of course, is yourself.

Character is key here. You see, there are two principal types of people in the scene: drivers, and posers. We’re not knocking the posers of course. There’s a lot to be said for taking pride in craft for craft’s sake, as long as everyone keeps a beady eye on the true nature of art: that a work of art can only be considered authentic if it serves no other purpose than to be itself. For the real drivers, however, looks aren’t enough – strong spec needs to bolster ever-improving skillsets to constantly remind us what this is all about. Fast cars, driven fast. It’s what we live for.

“This car already has a huge following, and has had incredible feedback,” Mel grins, rightly proud of her devastatingly effective creation. “All three of my cars – this one, my S15, and my 106 – show a huge part of my life and who I am. I feel they reflect the fuck-you attitude I have after years of bad opinions and being slated because I dared to chase my dream. I continue to push myself to the next level, and each year I go up another step.”

There you go. A mission statement. And the quality of the cars really does back up the swagger…